Arum: Pacquiao Has Final Say on Opponent - NOT Koncz!

On Wednesday, it was reported that Manny Pacquiao had selected World Boxing Organization welterweight champion Jessie Vargas for his next opponent when he returns to the ring on Nov. 5, according to the Filipino boxer's manager Michael Koncz.

Pacquiao (58-6-2) had announced his retirement after defeating Timothy Bradley in April and was elected to the Philippines' senate in May. His promoter Bob Arum announced last month that he would fight again in November. Arum tweeted earlier this week that he would travel to the Philippines for a meeting on Aug. 10 to discuss the 37-year-old southpaw's return. Koncz, who will also attend the meeting, said the trio were not discussing a potential opponent, but whether to stage the bout in Las Vegas or Dubai.

"That's the essence of the meeting," Koncz added. "Not choosing the opponent. That's already been done." 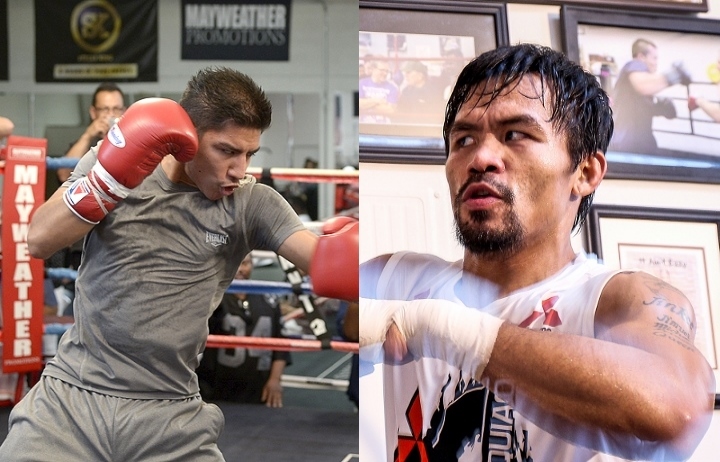 The 27-year-old Vargas (27-1) beat Sadam Ali in March to claim the WBO welterweight crown and has won 10 of his bouts via a knockout or stoppage, with his only defeat coming via a points loss to Bradley in June 2015.

Arum has once again voiced his concern regarding Koncz's comments, stating that Pacquiao's adviser was getting ahead of himself.

"Michael can say whatever he wants but I haven't talked to Manny about any of this. Michael feels strongly about the opponent, but that's Michael, not Manny. And Manny has the final say. There's no reason to be cute. I have no idea who Manny wants to fight yet, but it's up to him, not up to me and not up to Michael," Arum told ESPN Deportes.

Most fans would rather have Pacquiao fight WBC/WBO junior welterweight champion Terence Crawford (29-0, 20 KOs), but both Koncz and Pacquiao's trainer, Freddie Roach, rejected the idea of facing the unbeaten fighter in the fall.

Yes Vargas is good opponent. Bradley was a great win so no need to let a youngster make his name off of you. Don't feel pressure to take tough fights every time. Just fight to keep rust off before the…

Koncz is not and was not Pacquiao Adviser nor a Manager; he's a General Factotum of Pacquiao. He must have left the announcement to Arum. But Koncz as always trying to be relevant beat Arum to the decision of Pacquiao…

Its funny when Arum acts like Koncz isn't his inside man with all things Manny.

translation: Arum wants to be the one to announce that it will be Vargas