Arum on 'Improved' Verdejo: I Have To See it With My Own Eyes

Top Rank's CEO Bob Arum is skeptical about the promise of a new and improved Felix 'Diamante' Verdejo - who returns to the ring tomorrow night in New York.

Verdejo will take part in his first fight in 13 months against Mexican puncher Antonio Lozada Jr. at the Hulu Theater in Madison Square Garden.

Arum, who signed Verdejo when the Puerto Rican Olympian decided to turn pro five years ago, said he will be front and center in the front row to watch the boxer's return. 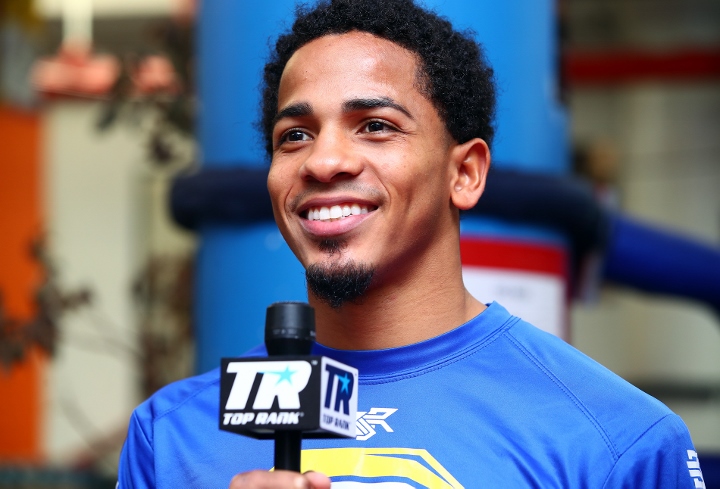 When Verdejo turned pro, Top Rank was pushing him as the next Puerto Rican superstar of the sport.

His rise has taken several bumps in the road with injuries and lackluster performances where he struggled to beat opponents who were big underdogs.

Arum stressed that he is "optimistic" because of what he has heard from Ricky Marquez, who is the manager and trainer of Verdejo.

"I have to see it with my own eyes," Arum said to Fernando Reyes.

Verdejo (23-0, 15 KO), although still undefeated, is not longer being viewed as a hot prospect because he's underperformed in his last few ring appearances.

Arum rejected the idea that Verdejo is running out of time to convince Top Rank of his worth.

But veteran promoter cautions that the clock is running fast.

"The career of an athlete is short. He has to make a move with his talent," said Arum. "But better late than never."

He feels the trio would make for a good show on Puerto Rican soil, especially for a future ESPN card.

"If it does not happen in Puerto Rico, because of the recovery [from the hurricane], then it would be in Orlando," said Arum.

"We have the dates. Let's see how they do. From there we will see if they are ready to reappear in a month, in two months. We will have to see."

[QUOTE=MEXfistology;18580878]I agree with everything you said, specially the part about sons not having to put in the work lol very true. At least you don't let your race patriotism get in the way of analyzing a fighter correctly just because…

[QUOTE=Heru;18578913]Verdejo is in the same boat Linares is in... he's superbly talented, skilled, and has excellent form, but lacks the physical strength to win at the elite level. They have to be matched carefully because they can be upset depending…

[QUOTE=True That;18579297]I never liked Juanma, during the time he was winning I told people there was something I didn't like and I didn't think he was great. Wilfredo Vazquez Jr. I wasn't sure about. But usually the sons of boxing…

[QUOTE=Heru;18578913]Verdejo is in the same boat Linares is in... he's superbly talented, skilled, and has excellent form, but lacks the physical strength to win at the elite level. They have to be matched carefully because they can be upset depending…

Just make sure you sober bob!!!! That yerba might make you see verdejo like the next TiTo Trinidad... And make sure to stack your munchies!