Arum discussed Spence’s situation with a group of reporters after Artur Beterbiev knocked out Oleksandr Gvozdyk in the 10th round of their light heavyweight title unification fight Friday night at Temple University’s Liacouras Center.

“I’m delighted for him,” Arum said. “You know, it’s a miracle that he escaped without serious injury. He’s a nice young man and I wish him well on his recovery.” 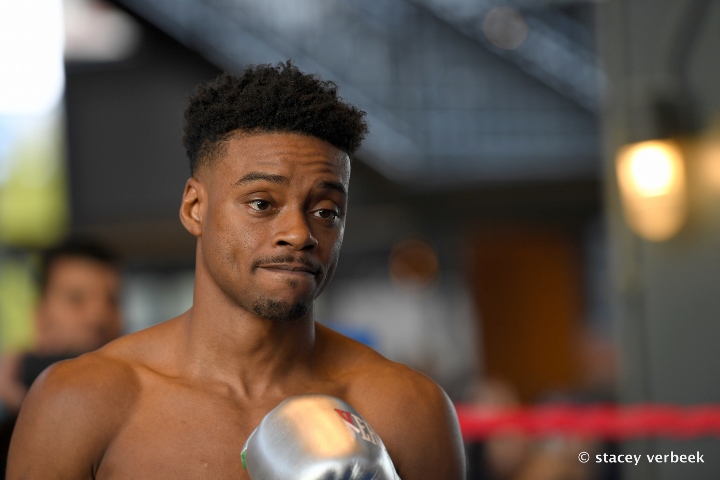 Arum wouldn’t speculate on the possibility of Spence eventually facing Crawford in what’s one of the most highly anticipated fights in boxing.

“Well, obviously, if Spence was hurt in a way it would take him long to recover, or he couldn’t recover, obviously the fight wouldn’t happen,” Arum said. “But, you know, that was the least of my concerns. My concern, like everybody else in boxing, was that Errol got well.”

Spence, 29, suffered facial lacerations and damage to his teeth as a result of a car accident that occurred at approximately 3 a.m. the morning of October 10 in downtown Dallas. Spence’s speeding Ferrari flipped over several times, according to Dallas police, and he was ejected from the vehicle.

Spence spent several days at Methodist Dallas Medical Center, but he has been released. Dallas police later charged Spence with driving while intoxicated based on his blood alcohol content level at the time of the crash.

Pfft didnt somebody tell arum? It wasnt a miracle, spencer is a savage! Im looking forward to him redoing that stunt

Its a miracle your still alive & kicking you old bint of a lizard.

[QUOTE=SplitSecond;20135542]He’s actually a genius for not wearing a seatbelt right?[/QUOTE] not was I was saying. He's an idiot for driving drunk but in this instance, he may have been one of the rare lucky ones that benefitted from not wesring…

[QUOTE=Htown-Finest;20135514]Naw. Spence got mad lucky. I’m willing to bet his injuries would have been lesser if wearing seatbelt and not thrown out car . Lol. That’s cold. True. I’ve driven exotics at raceways and you feel invincible in there. Don’t…

Arum: It’s a miracle. Now let’s marinate the Crawford-Spence fight for two years. In the meantime, I’ll feed Crawford some cherries to feast on while I still collect my ****ing money.