Arum: I Don't Know What The F*** Danny Garcia is Talking About!

Top Rank's CEO Bob Arum is working out the details for Manny Pacquiao's ring return in the fall.

Arum wanted to secure former four-division champion Adrien Broner (32-2, 24KOs) as the opponent. Those talks fell apart quick when Broner requested too much money for the fight and Top Rank was unable to meets his financial requests.

According to Arum, Pacquiao would return on October 29th or November 5th. Top Rank had initially placed a hold on the Mandalay Bay Events Center for October 15th, but that date creates a conflict with Pacquiao's political schedule back in the Philippines. 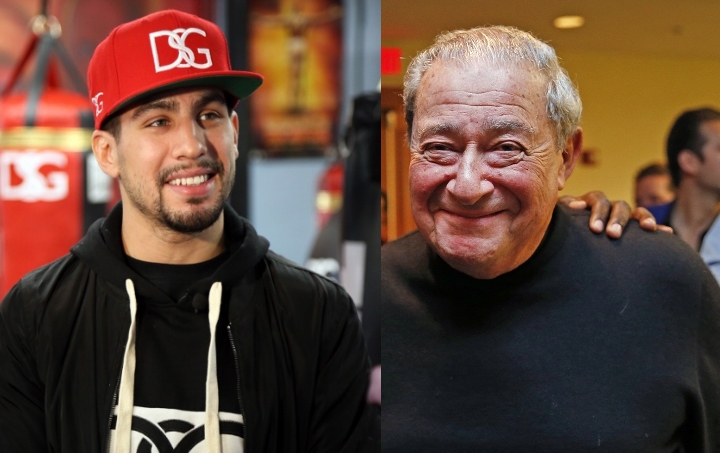 Another boxer on Arum's radar is WBC welterweight champion Danny Garcia, who has been inactive since the January title win over Robert Guerrero.

Garcia claimed to BoxingScene.com's Jake Donovan and a group of reporters that he received an offer of $3 to 4 million for the fight, and that amount of money was rejected.

“My dad (Angel, who is also Garcia’s trainer) told me that an offer was made by (Pacquiao’s team), something like $3-4 million,” Garcia stated.

“I'm not worried about looking for a future opponent. I don't ever worry about that stuff. My job is to fight, not to look for the fights. I have the best team in the sport doing that for me, we all have our role. My role is to beat everyone in my path and it’s what I keep doing.”

Arum disputes Garcia's comments. He denies that an offer was ever made to Garcia or anybody connected to the fighter. He says the only boxer that received a financial offer was Broner.

“I’ve never even talked to Danny or his father (and trainer Angel), or anyone connected with them. The only thing I discussed with Haymon was Broner.”

Arum's grumpiness must keep him alive.

Paqcuiao: I Don't Know What The F*** Arum is Talking About!

Knowing Arum, his deal probably came with some other kind of stipulations, such as having to fight some other TR fighter