Arum: Danny Garcia's A Walkover For Crawford; It's A 10-1 Fight

The Hall of Fame promoter dismissed a Crawford-Garcia fight as a “walkover” for Crawford, a supposed mismatch he apparently no longer wants to make. Arum’s company, Top Rank Inc., made Garcia what was believed to be a $4 million offer to face Crawford before they eventually settled on Amir Khan as Crawford’s foe for April 20 at Madison Square Garden in New York.

According to Arum, Errol Spence Jr. is now the only welterweight affiliated with Al Haymon’s Premier Boxing Champions that he wants to match with Crawford.

“Spence, yeah, that’s an interesting fight [for Crawford],” Arum told BoxingScene.com following the Vasiliy Lomachenko-Luke Campbell press conference Thursday in London. “The other fights are walkovers. Danny Garcia’s a walkover. It’s like a 10-1 fight with Crawford. [Shawn] Porter’s gonna get beat by Spence. [Keith] Thurman got beat by [Manny] Pacquiao. Pacquiao doesn’t wanna fight Crawford because he has no chance with Crawford. So, the fight for Crawford is Spence. That is a fight that is very competitive and there are views to either side as to who wins that fight. That is the fight that should be made. Everything else will take care of itself down the road.” 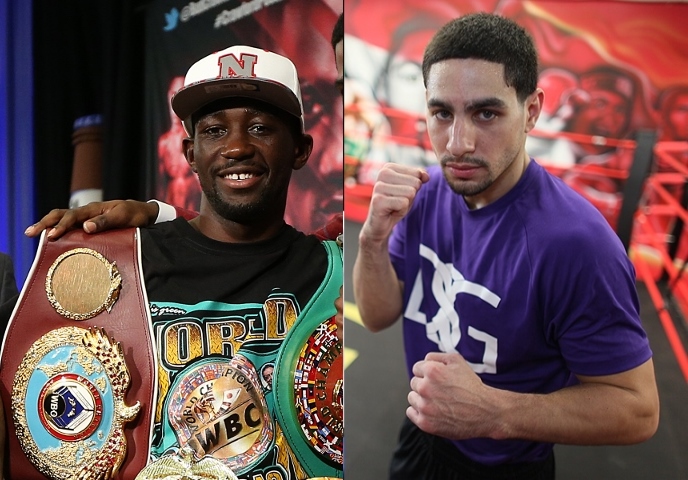 Due to opposing promotional, managerial and network affiliations, Crawford-Spence probably will remain tough to put together if Spence and Crawford win their upcoming matches.

Spence (25-0, 21 KOs), of DeSoto, Texas, and Las Vegas’ Porter (30-2-1, 17 KOs) are scheduled to fight for Spence’s IBF belt and Porter’s WBC crown in a 12-round, 147-pound title unification fight September 28 at Staples Center in Los Angeles. Crawford (36-0, 25 KOs), of Omaha, Nebraska, is expected to make a mandatory defense of his WBO welterweight title versus Lithuania’s Egidijus Kavaliauskas (21-0-1, 17 KOs) sometime before the end of this year.

Arum and Crawford are supposed to meet in Las Vegas the week of the Tyson Fury-Otto Wallin heavyweight fight September 14 to determine when and where Crawford will face Kavaliauskas.

Philadelphia’s Garcia (35-2, 21 KOs), a former welterweight and junior welterweight champion, doesn’t have a fight scheduled. In his most recent action, Garcia knocked out Adrian Granados (20-7-2, 14 KOs, 1 NC) in the seventh round April 20 in Carson, California.

[QUOTE=Shadoww702;20032268]And that is why they need to fight! Best fight out there IMO[/QUOTE] PBC kids want nothing to do with Bud Crawford though. Is a real shame how they're ducking

[QUOTE=hmc87;20031308]Agree to disagree, but they're both Top of WW without question[/QUOTE] And that is why they need to fight! Best fight out there IMO

I agree, Crawford is another level than Garcia, but wouldn't mind seeing it. #stepitup

[QUOTE=LCRUMMY36;20028733]1. How do we know what is Garcia career high payday when he self promote??? Please don't compare the level of opponent between the two. You may hate the PBC but the level of comp they provide is far more…