The fight will be part of the first Premier Boxing Champions on ESPN card of 2016. 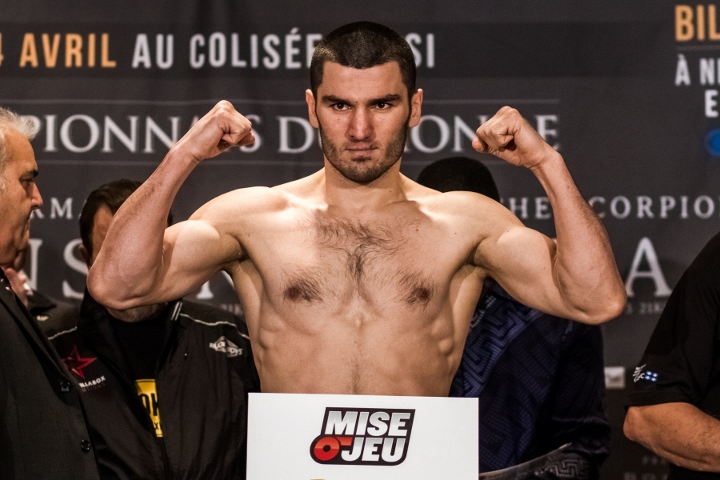 Maderna suffered his only two career defeats to Thomas Oosthuizen and Edwin Rodriguez. He has never been stopped and the loss to Oosthuizen was a close majority decision. Maderna has since won his last three fights, two by technical knockout.

Beterbiev was ordered to take part in a final IBF eliminator last year. Several opponents had turned him down. Eventually a deal was close with a potential opponent, but he suffered an injury and was forced to withdraw. Replacing him in the eliminator was Sullivan Barrera, who was originally slated tof ace Beterbiev but unable to enter Canada due to a legal issue.

The undefeated contender is hoping to have at least 2-3 fights this year with an eventual title shot in the near future.

[QUOTE]It's a horrible fight, even coming off the injury. This guy is a 168 fighter who's not even a contender. If we hold Ward to the Barrera standard, we should hold Artur to the same one.[/QUOTE] It's a decent fight…

[QUOTE=Mitchell Kane;16632872]Here's an example from last year: [url]http://espnmediazone.com/us/press-releases/2014/12/espn-friday-night-fights-and-noche-de-combates-return-january-9-featuring-lightweight-showdown-with-world-title-implications/[/url][/QUOTE] Nobody was talking about Darleys Perez then and, to be frank, nobody is talking about him now.

they offered the same money to isaac chilemba that he had agaisnt alvarez and he said no and they offered alot of money to Yunieski Gonzalez and also said no for facing beterbiev.

[QUOTE=Dr Rumack;16630459]He might. Stevenson's straight left is as good a punch as there is in the sport. But he might not. Beterbiev's a big LHW to have coming after you if you're gassing, as Adonis tends to do.[/QUOTE] Yeah but…