Golden Boy and Eye of the Tiger Management are proud to introduce another exciting talent to American audiences as NABF Heavyweight Champion Arslanbek “Lion” Makhmudov (10-0, 10 KOs) has joined their co-promotional stable. Makhamudov joins the likes of David Lemieux, Yves Ulysses, Erik Bazinyan and Steven Butler in taking part in this historic co-promotional partnership. 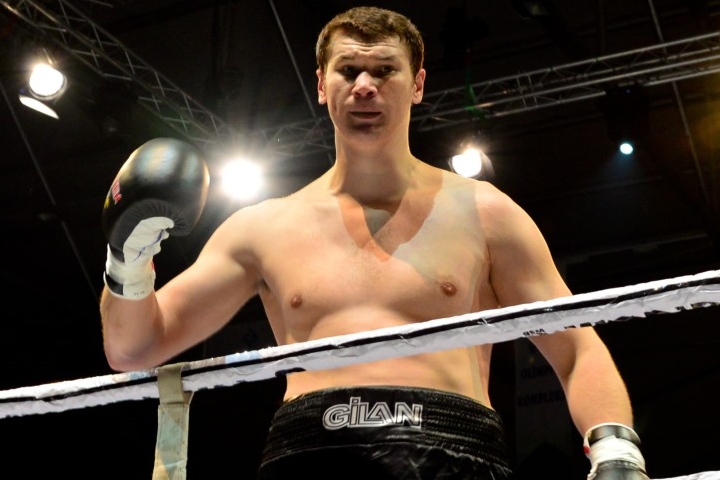 Standing at six feet five and a half inches tall, Makhmudov is a Russian monster who weighs as much as 260 pounds when stepping into the ring. Before turning professional in 2017, he was an international amateur standout, where he competed in various tournaments, including the World Series of Boxing. As a professional, the 30-year-old contender has ended all of his fights by knockout, including a first-round win against world champion Samuel “The Nigerian Nightmare” Peter to win the NABF Heavyweight Title. Makhmudov, who now calls Montreal, Quebec, Canada his home, aspires to conquer the talent-laden heavyweight division as soon as possible.

“I’m confident that with my team, Eye of the Tiger Promotions and Golden Boy Promotions, I will reach my goal of becoming heavyweight champion of the world,” said Arslanbek Makhmudov.

“I’m thrilled to bring the top heavyweight prospect in the world to the U.S. with Golden Boy Promotions,” said Camille Estephan, President of Eye of the Tiger Management. “We plan to send a message to the heavyweight division with his performances. I’m partnering up with Oscar, Eric, Robert, Bernard and their team, and I believe we will have a heavyweight champion of the world together.”

“In recent years, we have had somewhat of a renaissance in the heavyweight division,” said Oscar De La Hoya, Chairman and CEO of Golden Boy. “The big fights, heated rivalries and constant media exposure that the heavyweights are getting these days is very good for the health of the sport. By signing fighters such as Arslan Makhmudov, we are doing our part in continuing this momentum into the future. Makhmudov is a knockout artist who is joining our ranks after compiling an impressive record of 10 wins with 10 knockouts with our friends at Eye of the Tiger Management. We look forward to working with Camille Estephan and the entire team as we develop Makhmudov into a world champion.”

Interesting sing up for Golden Boy, Arslanbek Makhmudov, this man send a chill down to my spine. I am glad to witness his power and skills. Now, we are going to see him more.:boxing:

I'll just go ahead and say it. This guy punches harder than Ajagba. He hasn't been tested yet, but he's an extremely dangerous fighter if you can't nullify his assault.

Very good pick up by Golden Boy. Most of the biggest superstars of the last 20 years have come through Golden Boy one way or another including: Mayweather, Oscar De La Hoya, Bernard Hopkins, Canelo, Sugar Shane Mosley, Juan Manuel…