Arroyo Admits His Career Could Be on The Line With Cuadras

McWilliams Arroyo is clear: he wants to make a statement in boxing and things have not been in his favor.

That's why, as soon as an offer appeared on the table to face the Mexico's Carlos Cuadras on February 24, he accepted it because the fortune of a victory would represent a last resurgence for his career that has been inactive since April 2016.

"I have to go after the victory," shared Arroyo (16-3, 14 KOs) to Carlos Gonzalez. "I have not been very active and I do not want to continue like this. I want to be more active in the sport for which I have sacrificed and I love so much. My dream is to become a world champion as a professional, but depending on what happens in this fight, of course I would have to consider whether I will continue or not." 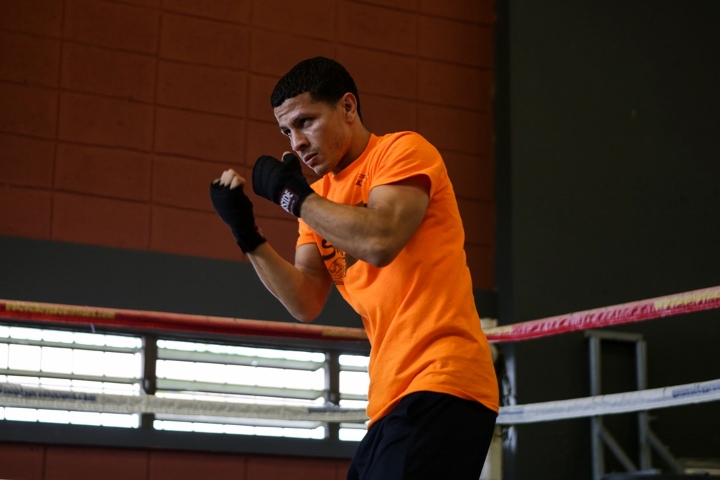 Arroyo, 33, has not been in the ring since losing to Román "Chocolatito" González by decision in their 2016 title fight.

The Puerto Rican, in fact, anticipated that other opportunities would arise given the demonstration he had against Arroyo. At that time Gonzalez was considered the best pound for pound fighter in boxing. However, no other fight offers came around.

"It was unfair that they kept me out after that fight. I still do not understand why. I was always training and willing to fight. I have always said that I am in sports to fight against the best. That's what I did as an amateur. I have not yet achieved this in the professionals, and I understand that I have several years left in sports. I'm healthy, I'm not beaten up and I always keep training," said Arroyo.

"It will be the first fight at that weight and it is something positive. I believe that I will be better. They are three pounds less that I have to sacrifice, especially during that push that is required in the end [to make weight]. Not losing so many pounds will help me," he said.

"I always sacrificed to make the weight at 112 pounds, but three pounds is three pounds. Mexican (boxers) are tough, just like Puerto Ricans. It will be a traditional battle between Mexico and Puerto Rico. I hope that Cuadras is well prepared."

[QUOTE=Santa_;18403284]Oh yeah, big time runner. He runs in and out while landing lethal shots. I had him edging the Gonzalez fight. [IMG]http://photo.boxingscene.com/uploads/cuadras-gonzalez.jpg[/IMG][/QUOTE] Yeah, I had him winning vs Gonzalez too, by a point. Good insights, thanx.

[QUOTE=Thraxox;18403293]The Gonzalez fight was brutal man. I forgot how much Gonzalez took that type of punishment. It is a miracle he can endure another firefight with Rungvisai right after that fight.[/QUOTE] It was one of the forgotten great fights of…

[QUOTE=Santa_;18403284]Oh yeah, big time runner. He runs in and out while landing lethal shots. I had him edging the Gonzalez fight. [IMG]http://photo.boxingscene.com/uploads/cuadras-gonzalez.jpg[/IMG][/QUOTE] The Gonzalez fight was brutal man. I forgot how much Gonzalez took that type of punishment. It is…

[QUOTE=Thraxox;18403272][LIST=1] [/LIST] Yeah. And also do you think Cuadras is a runner? When I saw the Rungvisai fight there was so much excessive movement to Cuadras similar to Lara.[/QUOTE] Oh yeah, big time runner. He runs in and out while…

[LIST=1] [/LIST][QUOTE=Santa_;18403268]Hey the possibility is always there when a guy is coming out of retirement [SIZE="1"](practically)[/SIZE][/QUOTE] Yeah. And also do you think Cuadras is a runner? When I saw the Rungvisai fight there was so much excessive movement to Cuadras…