Arreola: Talks To Fight Andy Ruiz Looking Good - It Will Be Exciting!

Heavyweight contender Chris Arreola has confirmed that there have been discussions to return to the ring against former unified WBO, WBA, IBF, IBO world champion Andy Ruiz.

For the first half of 2019, Ruiz was on top of the world after he stopped Anthony Joshua in seven rounds.

But Ruiz lost everything in December, when Joshua dominated him over twelve rounds for a decision win. 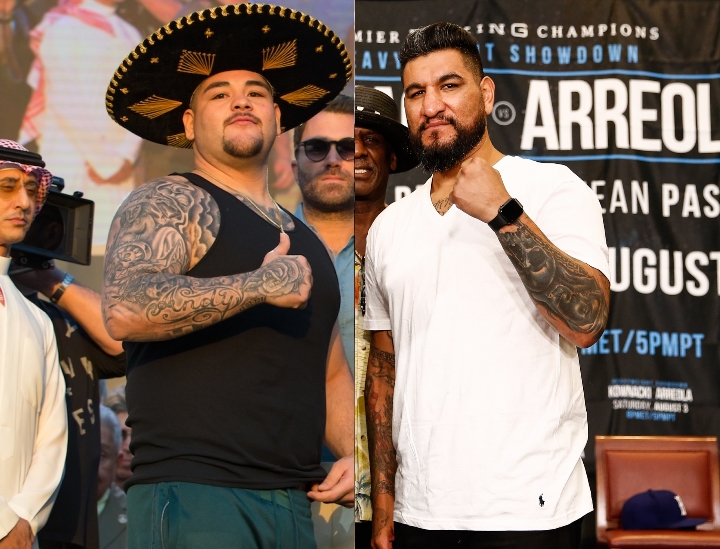 Since that loss, Ruiz parted ways with head trainer Manny Robles and then hired Eddy Reynoso, who is best known for his work with Mexican superstar Saul "Canelo" Alvarez.

At the moment, Arreola says the discussions are going very well for a fight with Ruiz.

"Yes, actually there's been a couple of talks [about Ruiz Jr fight], but I'm not at liberty of saying anything right now," Arreola told Sky Sports.

"But they are looking fairly good. Looking very good. I'm actually very excited for that fight. I think that's the only fight that looks promising for myself. If that fight doesn't come around, then you know, I'm okay with staying at home.

"But that's the only fight that's very enticing, not only to myself, also for the boxing fans. I think the boxing fans will love a boxing fight with two Mexican heavyweights that are going at it."

The contest would be big a draw in Southern California, where the two Mexican boxers reside.

However, the restrictions for the ongoing coronavirus pandemic might prevent any spectators to be present.

"We all know what Mexican fighters bring to the table. They bring non-stop excitement. We just come forward and we just love to fight. I think it will be a great fight between me and Andy."

We saw a much improved Arreola under Goosen. He gave Klown-hacki pure he!! in a back and forth slugfest. In fact, some scribes said after the Helenius fight that it was Arreola who started the damage that Helenius finished. Arreola…

[QUOTE=184guy2;20651917]STFU , Ruiz ducked the 4-5 millions offer because it's too risky to his carrer another loss so instead he is fighting low level competition . You won't see Ruiz fighting any top guy in the division anytime soon[/QUOTE] Oh…