Arreola: If I Stay on The Outside With Wilder - I Get KO'd

The fight is scheduled to take place in the champion's backyard, at the Legacy Arena in Birmingham, Alabama.

Arreola wants to avoid the same mistakes that he made when fought another tall WBC world champion, Vitali Klitschko, back in 2009. Arreola was kept on the outside, dominated, and eventually stopped in the tenth round. Against the 6'7 Wilder, he wants to keep the fight on the inside as much as possible. 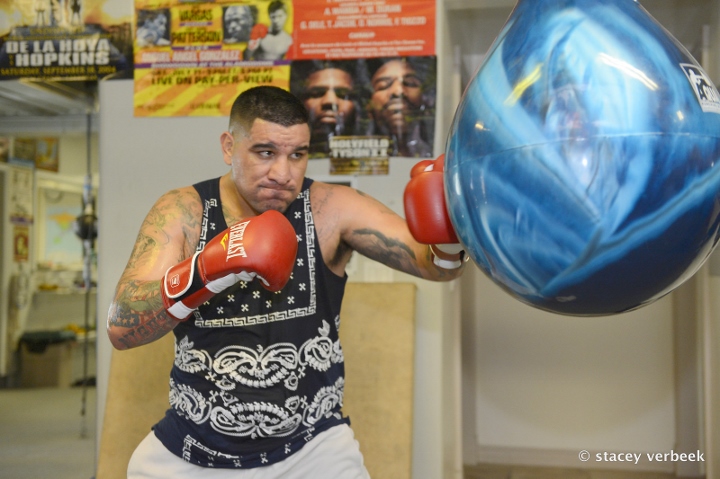 Arreola admits that if he stays on the outside with a puncher like Wilder, the likelihood of a knockout defeat will increase significantly. He plans to mug Wilder in close and make the fight very uncomfortable for him. Wilder's opponent back in January, Artur Szpilka, found some success with those tactics, but he's not as physically strong as Arreola.

"I know my abilities. I know what I can bring to the table. I know what I'm going to do in this fight. The  main thing is, I can't let his hands get long.  Meaning that I can't stay out in his f***ing punching range - that's good night for me," Arreola said.

While Arreola plans to be cautious of Wilder's power, there is no fear of champion's reputation as a very hard puncher.

Ive seen Wilder hit to the body by Stirverne and Duhop.....nothing....never seen him hurt to the body as Wilder is always in great shape....Arreola's best bet is that Wilder's chin is as weak as critics claim it is.

[QUOTE=OctoberRed;16807295]If Arreola stays on the outside with a burrito he will win this fight.[/QUOTE] Only if Wilder tries to take it from him, thatd probably really piss Arreola off. lol

[QUOTE=Sledgeweather17;16807326]Areola must have not seen what Wilder did to Dehaupus on the inside, otherwise he would know that the inside is just as dangerous as the outside when it comes to Wilder. Journalist also an idiot. When did Szpilka fight…

He makes a good point, and I'm sure he knows his best chance is to rush Wilder and stay on top of him for 3 rounds. But if he hasn't dropped Wilder by then.... RUN!!!!!!