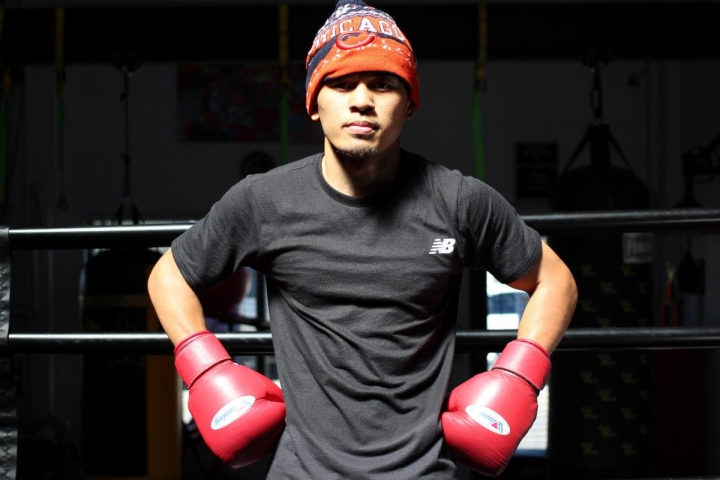 Dinong’s left hook stopped Cruz in his tracks with about 1:35 to go in the sixth and final round. By then, Dinong had built a comfortable lead on the scorecards and cruised to victory.

Cruz’s left hook knocked Dinong off balance with just over 30 seconds to go in the fifth.

Dinong continued catching Cruz with a flush left hooks in the fourth round, one of which snapped back Cruz’s head just before the midway mark of it.

A competitive third round ended with Cruz connecting with a right to the body of Dinong, who fired back with a left hook up top just before the bell sounded.

Dinong’s left hook caught Cruz with just under two minutes remaining in the second round. A right hand by Dinong landed with just over a minute to go in that second round.

Dinong cracked Cruz with another left hook where there were about 40 seconds left in the second round.

Dinong connected with a left hook just before the first round ended.

Arnold Dinong fought a sparring section match and out class his opponent. :boxing: