Middleweight hopeful Luis Arias gets his shot on the big stage this Saturday night at the Nassau Coliseum in Long Island, New York, as he faces former WBA "regular" middleweight champion Daniel Jacobs.

While Jacobs didn't get his hands raised in victory with GGG, he was lauded for his efforts. He became the first boxer to go the twelve round distance with GGG, who coming into that fight had stopped 23 opponents in a row. Saul 'Canelo' Alvarez matched that accomplishment in September, when he went twelve rounds with Golovkin in their split draw verdict. 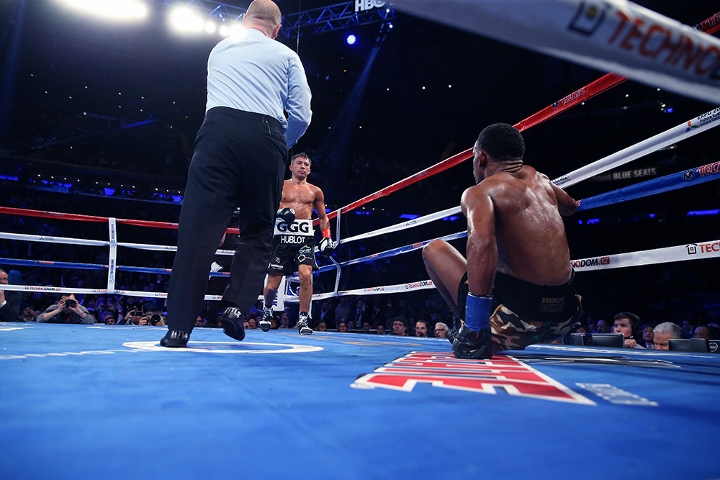 But Arias (18-0, 9 KO's) believes Jacobs is getting too much credit for that performance.

"People have their different opinions of the fight but I really know fights, I know boxing and I've seen Jacobs a lot. He had his moments in the fight, he was pot-shotting - but really he was just trying to not get knocked out," said Arias, who will be making his HBO debut this weekend.

"And the fact that he didn't get knocked out, a lot of people gave him credit. I give him credit for it too. He did put up a great effort - but he didn't win the fight. He didn't win, he didn't beat him. He got dropped, he got hurt - another instance where he's been hurt and dropped," concluded Arias, referring to Jacobs' 2010 loss to Dmitry Pirog, where he was stopped in five.

Arias is coming back from a battering of Arif Magomedov, which took place as part of the pay-per-view undercard to Andre Ward-Sergey Kovalev II at the Mandalay Bay in Las Vegas.

Jacobs won half of the fight in most people's opinion, arias needs to be humbled **** him up Danny !

Jacobs needs to smoke this dude.

[QUOTE=daggum;18194762]its a good thing people dont form opinions based on what boxing scene posters say. you would think gggs punches were as weak and ineffeective as floyds when he fought pacs....cept when you watch the video he clearly is landing…

I agree. Only because jacobs went 12--he was outgunned and out jabbed/boxed

this guy popping off loads, hope jacob knocks him out