Arias: All the Pressure on Jacobs; Everyone Expects Me to Lose

Luis Arias is completely comfortable with his low-profile role entering his fight against Daniel Jacobs.

Arias recognizes that as the “A” side of this promotion and the known middleweight with a new HBO contract, the burden is more on Jacobs than him to win when they meet Saturday night in Uniondale, New York.

“To be honest, all the pressure’s on Jacobs,” Arias said during a recent conference call. “There’s no pressure on me. No one really knows who I am. I’m the young kid from Wisconsin that nobody knows. To the world, everyone thinks I’m coming in to lose. Everyone’s expecting for me to lose, you know, so the pressure’s on him. 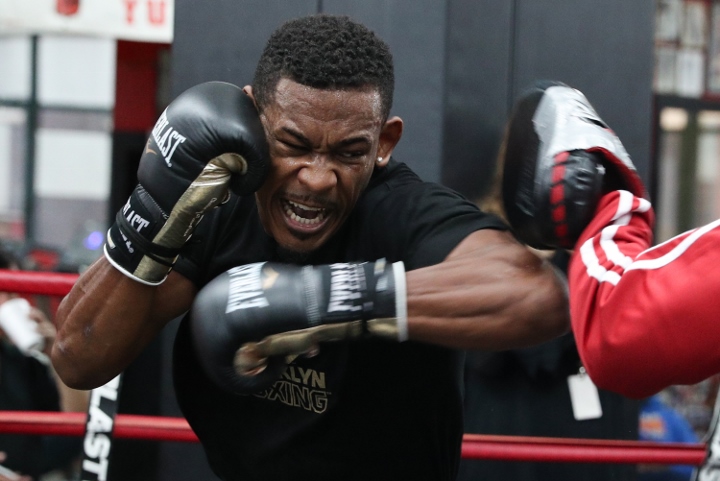 “Because even if he looks bad or he’s in a dogfight or he gets put down again, that’s gonna look bad on him. I’ve just gotta come in there and put up a valiant effort. I’m coming in to win the fight, but everyone’s looking at it like I’m coming in to lose. Really, all the pressure’s on him.”

Brooklyn’s Jacobs, 30, will fight for the first time since overcoming a fourth-round knockdown to test undefeated middleweight champion Gennady Golovkin in a 12-round fight he lost by unanimous decision March 18 at Madison Square Garden. For Milwaukee’s Arias, 27, it’s an opportunity to beat an elite middleweight and move closer to a world title shot.

HBO will televise the 12-round bout between Jacobs (32-2, 29 KOs) and Arias (18-0, 9 KOs) as the main event of a “World Championship Boxing” tripleheader from Nassau Veterans Memorial Coliseum.

[QUOTE=daggum;18193283]yes hes a young hungry lion. he will be champ again when people stop ducking him. same goes for amir khan.[/QUOTE] Vicker Ortiz is a "YOUNG LION" man I though you were a hater.I was wrong you just don't know…

[QUOTE=Vinnykin;18192340]Not seen much of the opponent, so can't say much. Looking forward to the Miller/Wach fight though![/QUOTE] in the same boat as you

Danny Jacobs was schooled by Golovkin, only motivation he has is surviving 12. He did not hurt or beat Golovkin by any means, a wide L. Jacobs has hard time even standing still, he is so unbalanced if you look…

I like this site, but WOW a ton of people in this comment section are HARSH.... Rod Salka???? REALLY??? I do not get the Danny Jacobs is overrated narrative at all. Sometimes I wonder if some of the worst critics…

[QUOTE=THEFRESHBRAWLER;18192047]Lmao do anyone care about this fight? This is 5 steps back for Jacobs. What was Hearn thinking? Cheap opponent more money for Jacobs? This is Rod Salka Danny Garcia all over again[/QUOTE] The real Garcia / Salka matchup is…