In October, the unbeaten ‘SharpShooter’ (14-0-KO7) put on a hugely impressive performance to relieve Leon Woodstock of the title and earn a world-ranking at the age of just 23.

Another youngster sitting pretty in the WBO ratings is the 20-year-old Garcia (16-0-KO13) and with the pair’s careers clicking into gear at the same time, Sharp is keen for a high-profile showdown in the future. 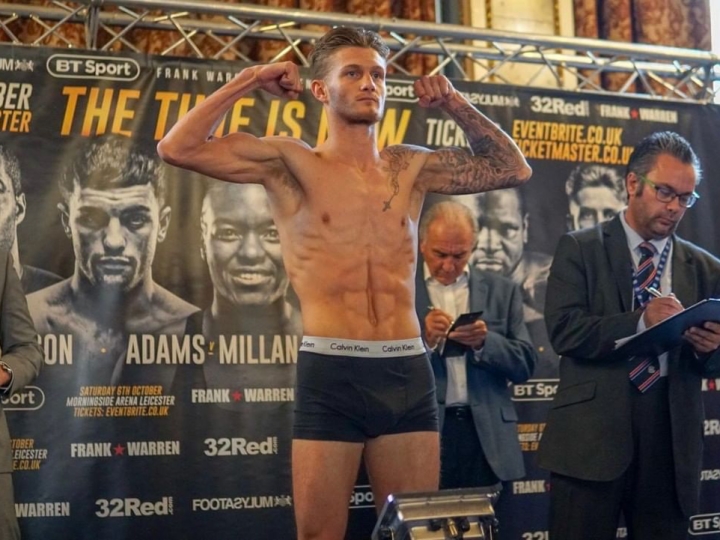 Sharp said: “I’ve got my eye on a couple of fighters. I see Ryan Garcia sitting above me in the rankings. I would say I’m going to steal all his female fans but I know my woman would kill me! He’s a good fighter and I’m not calling people out but there are fights there that could happen.

“I’m here for the big nights. Since day one when I’ve started boxing, I’ve always wanted to be in the spotlight and be in the big fights. I’m now 15th in the WBO world ranking so there are big fights out there next year.

“Life has been busy since I won the European title. I’m ticking over in the gym and getting ready to Christmas. I’m going to enjoy the rest of the year with the family and then get set for a big 2019.

“I’m over the moon. I’m glad the fight happened and I got a very good result. It’s all about getting on to the next ones. I’ve got the belt and I’ve been going to lots of local gyms, taking photos with the kids. It’s great that people are recognising what I do.”