Antonio Orozco To Stay at 140, Will Now Train With Manny Robles

Orozco (26-0, 17 KO's) was scheduled to face Roberto Ortiz on September 16th at the Forum in Inglewood, California, as the opening bout on HBO but never made it to the weigh-in as he was having issues making the 140-pound limit.

Coming into that fight Orozco was in line to fight for the WBO junior welterweight title, which has now been vacated by Terence Crawford. 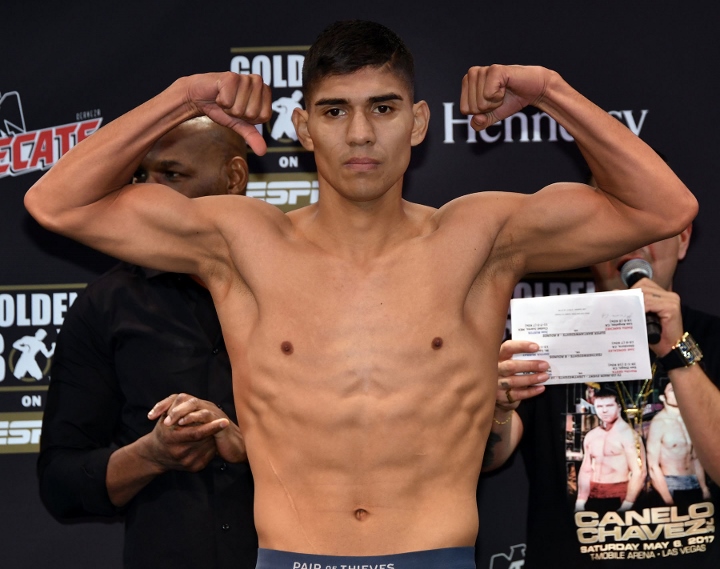 It was the second time in three fights that Orozco failed to show up for a weigh-in. Last December he pulled out of his scheduled fight against Fidel Maldonado citing severe dehydration.

So with that, a change in trainer was made.

Orozco's manager Frank Espinoza told BoxingScene.com - "I want to thank Carlos Barragan for all the hard work he put in with Antonio the past. He did a really nice job of developing him as a fighter and was dedicated to his career. But we decided some changes needed to be made and I believe Manny Robles - who has several other of my boxers - will do a really good job with him. I also think that a change in scenery will do Antonio good as he resumes his career."

Robles, who normally trains his fighters at the Legendz Boxing gym in Norwalk, California, will be taking his stable of fighters to Mexico this weekend to conduct a training camp.

As for Orozco's immediate future, Espinoza says - "I'll be meeting with Eric Gomez (President of Golden Boy Promotions) next week and we'll get him a fight to kick off 2018 and a game plan for the rest of the year. Orozco will be staying at 140."

Good move Robles is a great trainer. Orozco was gifted a decision against Humberto Soto a while back. Still pissed about that one. Can't wait to see how he looks with his new trainer.