Despite not being able to make the 140-pound limit for his September bout against Roberto Ortiz, Antonio Orozco (26-0, 17 KOs) says that he will be staying the junior welterweight.

Back on September 23rd he was the scheduled co-feature on HBO but with his failure to make weight he not only lost this opportunity to fight on a major platform but a title shot that was imminent with Terence Crawford vacating all four of his belts to move up to welterweight.

It wasn't the first time Orozco had issues with the weight. He was scheduled to fight on an HBO Latino card against Fidel Maldonado back in December of 2016, but fainted prior to the weigh-in due to severe dehydration. He was pulled from the show by Golden Boy matchmaker Robert Diaz. 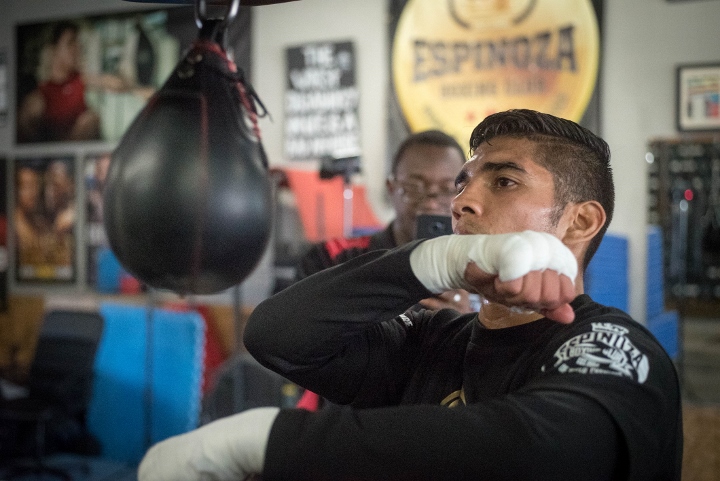 Now, Orozco is back in the hunt and has to work his way back up the ladder - and this Friday he returns to the ring to make his 2018 debut at the Belasco Theater in Los Angeles, where Golden Boy Promotions stages it's 'LA Fight Club' series.

"This is the weight that I have to compete at. It was just in April last year that I made 140 against Keandre Gibson and maybe I let things get out of hand for September," said Orozco, who is now training with Manuel Robles Jr.

"So I've just got to retool my mentality and again that's why the changes have been made."

Orozco is facing old trialhorse, Martin Honorio (who the boxer defeated back in May of 2014).

Also scheduled for this LA Fight Club card are Golden Boy prospects Oscar Duarte, Jousce Gonzalez, Edgar Valerio.  And the card is headlined by the popular and undefeated female flyweight Seniesa Estrada, who is scheduled to face Sonio Osorio,

My dude, just move up. If you are having all these struggles to make weight it's time to step up and fight the bigger guys. GB is just as devoid of talent at 147 as they are at 140, so…