As junior welterweight contender Antonio Orozco heads into this pivotal stretch of his career, he'll be doing so with the same management that brought him to this point. On Saturday afternoon he re-signed with the Espinoza Boxing Club.

"It's official, we have him back on board,"said an effusive Frank Espinoza to BoxingScene.com."It's been a great five year run and we're looking at a multi-year contract that we just signed. Antonio had a great 2015 and 2016 is going to be even better and we're looking for him to be a world champion this year.

"So good things are happening for the Espinoza Boxing Club and we're proud of Antonio. He's been very loyal to us and we appreciate everything he does." 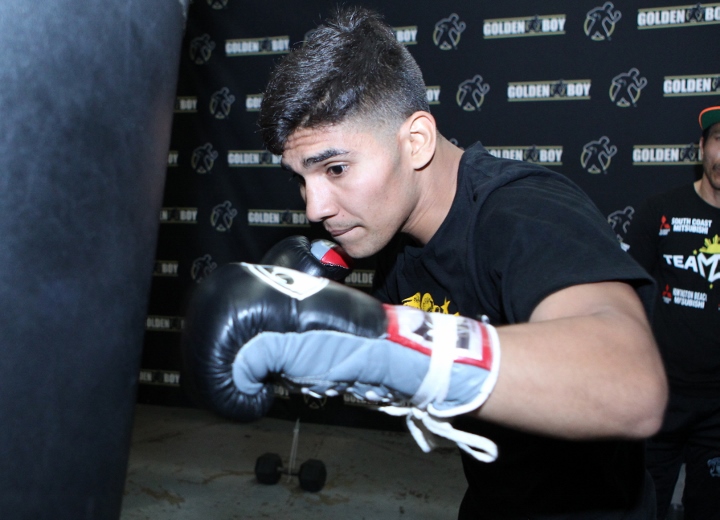 Orozco, who originally hails from Garden City, Kansas, has a record of 23-0 (15 KO's) and is coming off a 10 round decision over former world champion Humberto Soto in what was his HBO debut at the StubHub Center in Carson, California back in October. He is now rated by all four major sanctioning bodies.

He is scheduled to go again on March 25th at the Fantasy Springs Casino in Indio, California. Espinoza hopes it's the beginning of bigger and better things.

"There's no easy fights at this stage of the career, Antonio understands that. We're looking for big fights, to be on HBO and to become a world champion."

Orozco had a solid 2015. He beat quality guys in Taylor and Soto. I look forward to seeing what's in store for him in 2016. Hopefully he gets a title shot. I would like to see him fight Jose Benavidez…

What is the point of spamming this video in every thread?