Anthony Yigit´s defence of the EBU super lightweight title against Spaniard Sandor Martin will most likely go ahead on September 30 in Stockholm with Team Sauerland as promoter after the parties came to an agreement and the purse bids set today were canceled.

The September 30 date is not yet confirmed by Sauerland but is has previously been rumored of a big show in Stockholm on that date and on Spanish social media and websites this is already public info. 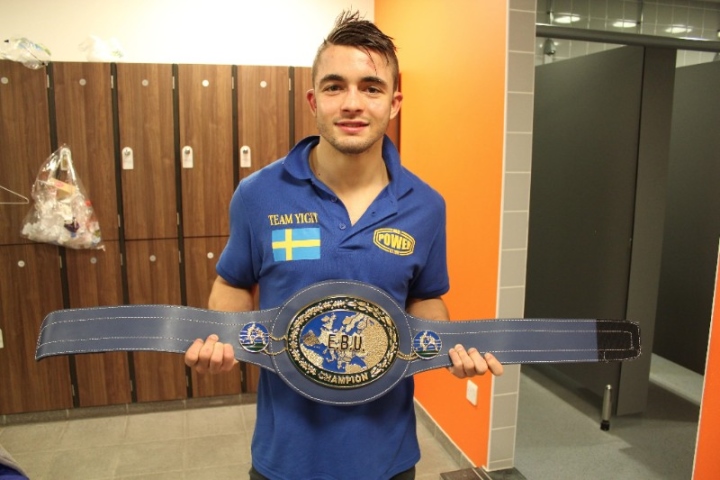 IN OTHER NEWS: The Cape Sun Hotel in Cape Town, South Africa hosted a night of entertaining professional boxing on Friday June 23, headlined by two fights for vacant World Boxing Federation (WBF) All Africa titles. And both WBF bouts had surprising endings, in different ways.

The new WBF All Africa Champion improved his record to 8-3 (6), and won his first title in the paid ranks. Mukanya, suffering his first loss inside the distance, travels back to Johannesburg at 9-5 (6).

Massive underdog Antonio Mayala, from Angola but now fighting out of South Africa, shocked Johannesburg-favourite Jared “Mr. Hollywood” Silverman to win the WBF All Africa Welterweight title, putting on what was probably the best performance of his career.

Mayala was ahead on all three scorecards (79-75, 78-74 and 77-75), and had mostly been in control of the action, when he forced referee Eddie Marshall to wave the fight off in round nine, giving him a surprising, but well-deserved, technical knockout victory.

The first ever WBF Champion from Angola, Mayala took his record to 8-3 (5), while 25-year-old Silverman, coming off five straight victories, drops to 9-4 (4).