Anthony Yigit vs. Joe Hughes For Euro Belt on December 2

Hughes, 27, is a former Southern Area and English title holder at the weight.

The Wiltshire fighter also challenged Tyrone Nurse for the British strap earlier this year pushing the then champion all the way over 12 rounds. Nurse managed to hold on to his title coming away with a draw in the third defence of his title. 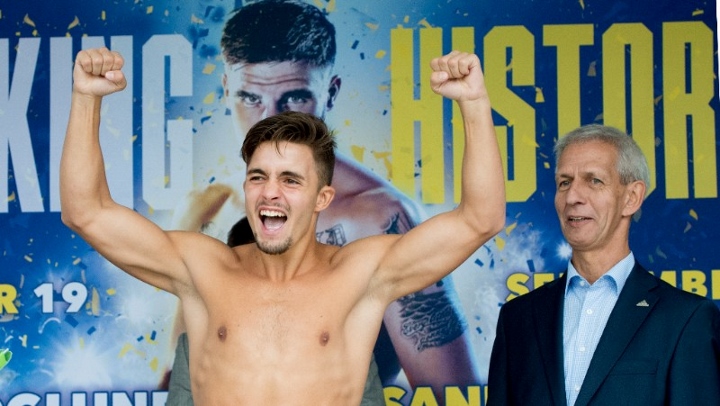 Nurse lost his Lonsdale belt on Saturday night after being out pointed, and somewhat dominated, by Chorley's Jack Catterall. Catterall gave Hughes his only other loss last year with Hughes pushing the much touted Catterall all the way over another 12 rounds.

Yigit v Hughes, to be promoted by Sauerland at a venue to be decided, will be a voluntary defence for the champion.

The 26-year-old southpaw won the vacant title in England earlier this year when comfortably beating Lenny Daws over 12 rounds. Yigit made the maiden defence of his title last month with another 12-round decision, this time over Sandor Martin in his homeland.

IN OTHER NEWS: Swedish middleweight Oliver Flodin (1-0) will face Pavel Hryshkavets (3-2, 2 KOs) in his second professional test on October 27 in Schwerin, Germany.

The 21 year-old started his paid career in style with a unanimous points victory over Hungary’s Richard Hegyi on September 30 at the Solnahallen in Stockholm.

The former amateur star will be hoping to improve to 2-0 when he fights on the undercard of the World Boxing Super Series quarter-final contest between Juergen Braehmer and Rob Brant at Schwerin’s Sport and Congress Center.

“I felt very please with my professional debut,’’ said the boxer from Jonkoping. “I had a good feeling in the ring and the plan we set before the fight worked out really well. The atmosphere in the Solnahallen was really good too.

“I’m looking forward to fighting in Germany on a World Boxing Super Series show. My training has been good and I’m in great shape. It’s going to be an amazing experience and I want to give the audience an exciting show.”

Said promoter Nisse Sauerland: “This is a great opportunity for Oliver to showcase his skills on the big stage. He impressed on his professional debut and we’re expecting an even better performance on October 27 in Schwerin.”

Tickets for the World Boxing Super Series quarter-final contest between Juergen Braehmer and Rob Brant are available online via www.eventim.de.