LYNDON ARTHUR will make the second defence of his Commonwealth Light-Heavyweight championship against Anthony Yarde on Saturday December 5 in another huge night of boxing on BT Sport.

The sizzling showdown between the world ranked pair will be promoted by Frank Warren for Queensberry Promotions and will mark the end of a huge two-week celebration of his 40 year anniversary in professional boxing. 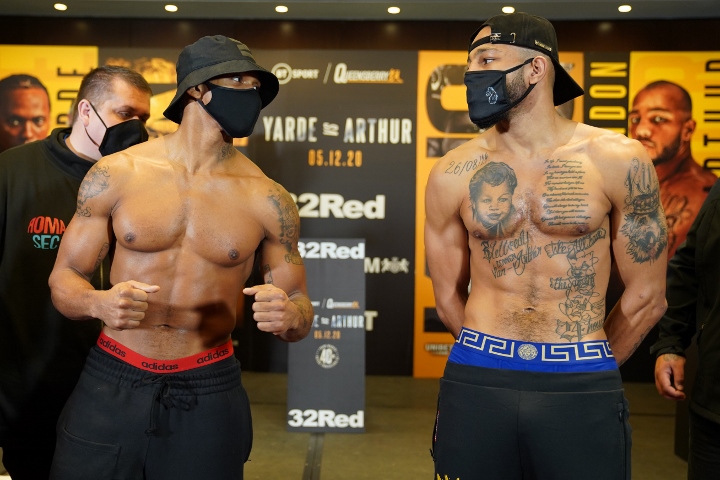 Arthur (17-0, 12 KOs) won his title in October 2019 outpointing tough Ghanaian Emmanuel Anim, and in his first defence a little under four months ago won clearly on points against Dec Spelman.

Yarde (20-1, 19 KOs) went one better than his rival against Spelman in September and stopped him the sixth rounder of their non-title contest.

Like the defending champion, Yarde’s world rankings are soaring. The Ilford KO machine is ranked nine by the WBC, at twelve by the IBF and is fifth in the ratings for the vacant WBO championship.

Cubs in the Camp! How many hours till Spence Garcia so I can put my alarm 15min before main event?

Yarde deserve to lose he did nothing

One armed man by look of it, but deserved a narrow win in My opinion. Ian John Lewis with a shocking scorecard, far too many of these silly cards recently.

This time Frank gets to do hes magic..