Anthony Joshua Sends Warning To UFC Fighters Calling Him Out

ANTHONY JOSHUA is arguably the most wanted man in combat sports – and the list of people calling him out seems to grow by the day.

But the 27-year-old claimed he would be open to a crossover fight of his own, after being repeatedly challenged by rivals from the MMA world. 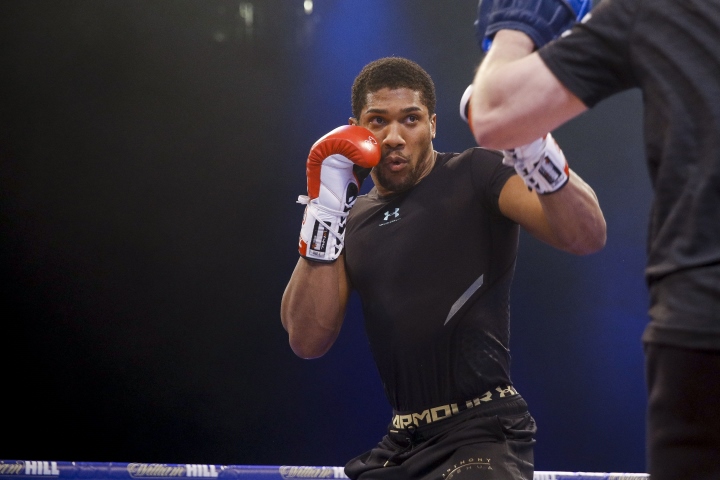 Speaking exclusively to Daily Star Online about rumours he would appear on the Mayweather vs McGregor undercard, Joshua said: “It was a bit of light-hearted banter.

“But I’ll still smash up those UFC fighters if I wanted. You can’t talk to me like that.”

“I’ll give them a slap,” he chuckled menacingly.

Current UFC heavyweight champion Stipe Miocic and former champ Junior Dos Santos are just two of the names to have thrown their hat in the ring for a prospective battle with Joshua.

Last year, Joshua spent time with Dos Santos during a training camp in Rio de Janeiro – but the IBF, WBA and IBO unified champ claimed he would still batter the Brazilian if the calling came.

“I’m a fighter, you don’t just call people out recklessly,” he continued.

“That’s my only disadvantage, the submissions.

[QUOTE=1hourRun;18028782]Reported for racism. No matter the race or culture, from the Europe, Africa, the Orient, Asia, Latin-America and the great U.S.A real men want to vomit when they see a coward mounting another man not giving him a fair one.…

[QUOTE=1hourRun;18032419]You reached that conclusion on your own, trashy people come from all types of race and backgrounds but I think it serves your agenda to twist my words but Ive treated every fighter equal if there is real commitment and…

[QUOTE=RememberTUA?;18030007]Just like randy couture kimbo was not gonna stand and trade with mercer, his only chance was to hump like randy did James toney. in a strictly stand up fight those two examples you used would not be relevant cause…

[QUOTE=etech1;18030343][B]"Reported for racism" lmao! You are indeed a piece of work. Lol In an earlier post you talk about how mostly trashy people watch the UFC. Everyone knows that the UFC is watched by mostly white guys, [/B]but your going…

[QUOTE=Iceman Liddell;18029477]Tim Silvya is a joke and is one of the worst champions of UFC history, when he became UFC HW champ the good fighters at this weight class were at PRIDE, so anyone using that fight as proof of…