Anthony Joshua: I've Come To Take Over This Division Now!

Defeat, for Anthony Joshua, is not an option. One defeat to Andy Ruiz Jr, in June, was embraced as a chance to reflect. Another, on Saturday night, he admits would be “catastrophic”.

A victory over Ruiz Jr in Diriyah, Saudi Arabia, on Saturday night, and he will get back to just about where he was before their first fight at Madison Square Ga. A loss, though, would make the journey back so long and difficult, many feel he would not even attempt it.

“It will definitely be catastrophic if I lose but I'm not even thinking about losing anyway,” Joshua said. “It will be big business when I win. As bad as it would be when I lost, is as great as it will be when I win. It's just opposites. I need to keep focusing on the keys to win.” 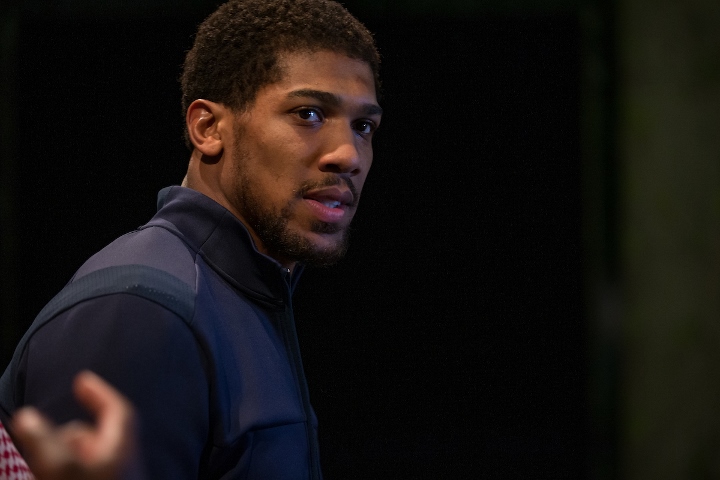 Joshua hung around for two weeks in New York after his defeat, but within days of returning to London, he went back to his old amateur club, Finchley, to start hitting the heavy bag once again. He has been in training since.

“I wasn’t really working on anything,” Joshua said. “It’s good to show your face and not hide away. It was to feed the hunger. As annoying as it was to lose, you never lose grip of your dream.

“The hunger is always there. I was just storming through the division and never had time to reflect. Now I know I want to be great. Before I was just taking it in my stride. Now I know what it is about.”

Defeat, Joshua explained, gave him the chance to reflect, having had his career on fast forward since he first turned up at Finchley in 2008. In 2011 he was boxing at the World Championships, in 2012 he won gold at the Olympics, in 2015 he won the British heavyweight title and then added a world title in each of the next three years.

“Ever since I walked into boxing I have been dominating,” Joshua said. “Championships, bosh! Turn pro, bosh! World champion, bosh! And then you never really understand what it is until it’s taken.

“I had time to think. That’s when I really started studying boxing again and what it means. What I’m doing, where I’m going and what I want out of it.

“There’s no doubt I can fight and fight the top fighters. I’ve never really had an introduction level, I’ve always been straight on it. Now I’ve had time to reflect and get my head back in the game and boost myself again. I’ve come to take over, to do what I did 10 years ago and take over this division now.

Joshua says he doesn’t suffer from pre-fight nerves, even before a fight that could make or break his legacy.

“I’m not nervous at all, I’m confident,” the former WBA, WBO and IBF champion said. “I definitely wasn't nervous for the first Ruiz fight either. I don’t ever think I’ve been nervous before a fight, I’ve probably been more nervous before sparring.

“I spar like five guys in a row who are coming to take my head off so I’ve got to be sharp for every second of that round, which will ultimately revert into what I do on fight night.

“There is so much pressure on performing in sparring. Training is the hardest part and that’s why I’m never nervous before a fight because I put in so much work in the gym.” 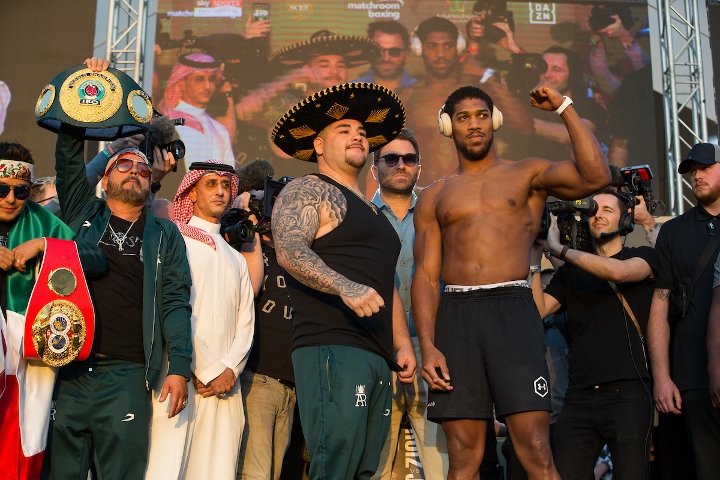 Being lighter, the idea is, will give Joshua more stamina and also enable him to use his feet more. Not that Joshua is planning to run away, rather use to obvious advantages that he has.

“I am 6ft 6, 6ft7, I have to box to my attributes,” he said. “There is no point standing in front of him going toe to toe. My style is not what a scared fighter would do, it is what a smart fighter would do.

“In the first fight, I went looking for it. He has faster hands in spurts, but I have more punch output. It is all about timing. He is not so fast that I can’t touch him.”

One side-effect of the loss was that it might have cost him the chance to box Deontay Wilder for the undisputed title in the near future, with the winner of Saturday’s fight facing mandatory defences in his next two fights.

“It felt like it has gone anyway, but it never really was there,” he said. “We wanted it, we had done everything. All you can do is get your titles and then defend them.”

[QUOTE=abracada;20236296]Easy work, AJ will KO the obese snickers eater within 5[/QUOTE] Yeah it will be easy this time.

Joshy to soft to take over.

[QUOTE=markther;20236049]I kinda torn with this fight. I like Ruiz a lot, as a fighter and a person and a very good fighter. But the division is more compelling with a Joshua win, making fights with him and Fury or Wilder.…