IBF heavyweight champion Anthony Joshua (17-0, 17KOs) has no problem with Wladimir Klitschko sitting at ringside next Saturday night to watch him defend his title against Eric Molina at Manchester Arena. The fight will be carried live by Sky Sports Box Office.

Joshua will defend his title against big puncher Eric Molina. If he wins, he will then face Klitschko in on a date in March or April with the vacant WBA, IBO world titles also at stake.

Klitschko is expected to be at ringside to examine his next potential opponent. The Ukrainian boxer has been out of the ring since last November, when he lost a twelve round decision to Tyson Fury. Their rematch was postponed twice, by Fury, who eventually vacated the belts to deal with his mental health issues. 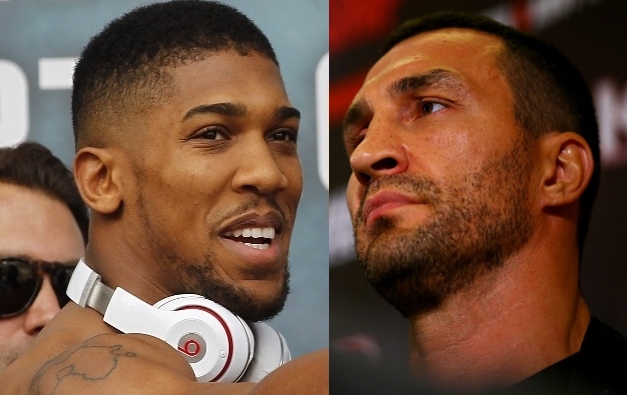 Joshua says there won't be any added pressure to put in an impressive performance with Klitschko watching on a few feet away.

"No, no problem at all," Joshua told Sky Sports News HQ. "I'm not fighting Klitschko right now and if he wants to come down, have a little look, no problem.

"He's more than welcome. If I had the time, I would go to his fights as well, and that's just what we do. The one thing I learned is that watching someone is completely different to being opposite them, throwing punches.

Joshua is planning to stick to his game plan. He doesn't plan to do anything out of character to send a message to Klitschko.

"My career, my discipline, my consistency, that's all the message, the package we've been sending across to people," said Joshua. "I think that speaks louder than maybe a couple of rounds, or a 36-minute fight.

"Whatever message is sent, it is important, but what is most important is getting through the fight and making sure I go in there and do the job against Klitschko, if that fight happens."

Wlad will be way too old and inactive by the time he faces joshua. as wlad's fan I dont like that fight at all. Fury screwed wlad much more than giving him the first loss after 10 years or so..…

AJ is favorite but Molina will expose him.

Another crappy fight by Joshua... He continue 2 face with weak opponents... Charles Martin, Breazeale, Molina, Who's Next?

how far up the P4P list would joshua propel if he beats the 40 yr old klitschko who everyone agrees is past it?

Wlad is my favorite fighter of all time, but he needs to retire asap