There will by 1,000 paying fans in attendance at the SSE Arena in Wembley, when unified champion Anthony Joshua faces mandatory challenger Kubrat Pulev and while Joshua admits it was a long time since he boxed in front of a crowd so small, he believes it could suit him.

“It’s going to be intimate; it’s going to be closed circuit,” Joshua said. “You won’t have to worry about your missus having a pint of beer chucked on her head or 15 guys by the side of you getting into a fight.

“It’s not bad. The pressure is off, you can get in your rhythm. And I think I need that sometimes. I am under a lot of pressure. I am physically good but mentally you have to stay strong.

“This year has been good to unload a lot of pressure and you have to take fighting in front of 1,000 fans as a positive. I am going to perform with no pressure and showcase the styles I have merged, which is sticking and moving and aggression and knockout power.” 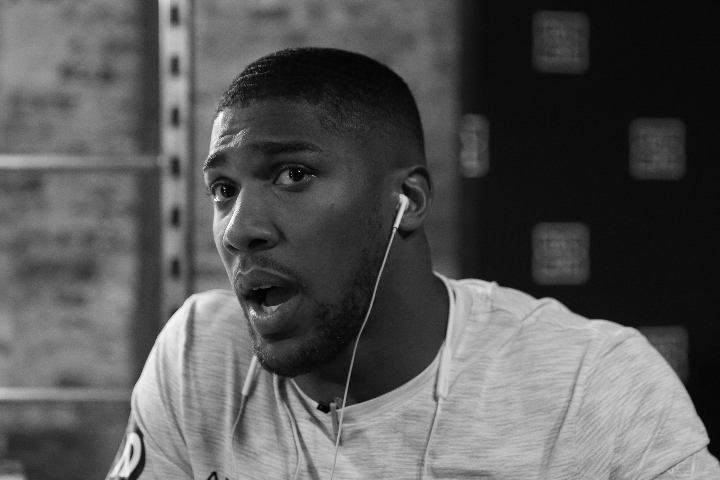 Joshua has had experience of watching fights in the bubble, having attended Dillian Whyte’s defeat to Alexander Povetkin and Oleksandr Usyk’s win over Derek Chisora.

“It just isn’t the same without seeing the fans’ reaction and the noise but, at the same time, I’ve enjoyed it,” he said. “It’s been fun to sit back and watch it. We’re all in lockdown together so even watching the fighters go through it is different – but they’ve adapted well.”

He said that an advantage of lockdown was that he was able to just concentrate on training without the distraction of his many commercial commitments.

“I’ve lived the life of an athlete for the first time,” he said. “Since I turned pro we were straightaway selling out the O2, and with that there is pressure. Building the sport with my companies has meant putting myself forward. With everything shut down during the pandemic I have spent my time training. I have lived these nine months as an athlete and it has been a blessing. I have progressed a lot.”

[QUOTE=Jkp;20929309]So he chose to fight a 40 year old?[/QUOTE] No, Pulev has been the IBF mandatory for 2 years. Joshua already paid him step aside money. He had to fight him or get stripped of the IBF title. He is…

If Pulev pulls off the upset, there will be chaos in the division.

[QUOTE=thack;20925570]He needs to forget the crap and do what Klitchko did to him all those years ago. Nothing less will do after the beat down from two fights back.[/QUOTE] imagine if he runs around the ring potshotting his way to…

[QUOTE=joe strong;20928206]I’m not sure if you have been following the last couple years but Joshua got an exemption from the IBF to rematch Ruiz I believe on the condition he give Pulev the next shot & then Usyk was due…

[QUOTE=Jkp;20927683]He has at least 4 mandos he could fight, which will take 4 years, and he has a lot of influence with each organisation over who is mandatory, and unification trumps mandatory. So he could fight almost anyone he wants.[/QUOTE]…