Coming in to this contest, De Leon had won five of his last six bouts by knockout. Trained by Robert Garcia, he had a very strong 2017 campaign. On January 27, in Studio City, California, he stopped Jose Salinas in the fourth round with a body shot. Three months later, he knocked out former world title challenger Daulis Prescott in the third round. In his last bout, on the Vasily Lomachenko vs. Miguel Marriaga undercard, August 5 in Los Angeles, De Leon won a tough six-round decision over Adones Aguelo.

For his part, Vences turned pro in 2012 after a standout amateur career that saw him capture three consecutive California Golden Gloves championships. On November 4, 2016, at Treasure Island Casino in Las Vegas, Vences won a technical decision over the previously unbeaten Casey Ramos. He fought three times in 2017, including a one-punch, second-round knockout of Jairo Ochoa on November 11 in Fresno, California. 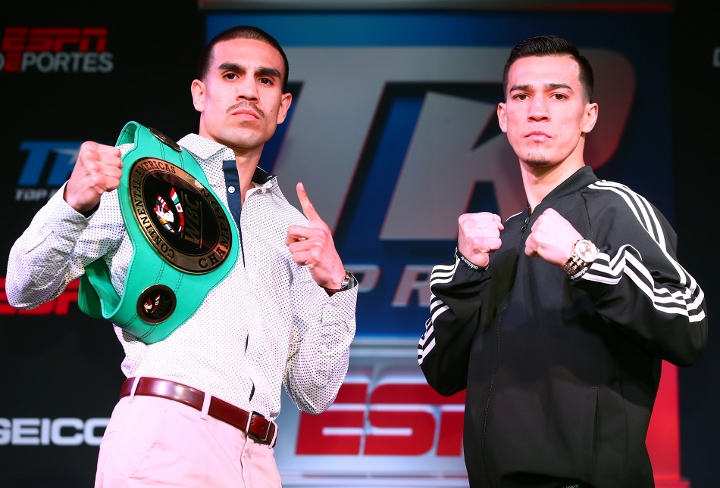 Vences started the fight by using a stiff jab to keep De Leon at bay. De Leon was applying a lot of pressure, but he was unable to get past the jab by Vences, who was controlling the distance.

De Leon was starting to inch closer and landing a good left in the fourth. Vences continued to use distance, box, and was making De Leon miss while countering back in the fifth.

Both boxers had their moments during the tenth round, with Vences doing the better boxing and De Leon landing the harder shots.