Andy Ruiz on Joshua Rematch: I Call The Shots, We're The A-Side!

Last month at Madison Square Garden in New York City, Ruiz was a late replacement who stepped in for Jarrell Miller when "Big Baby" failed three separate drug tests -- with Andy only getting around 6 weeks of training before the June 1 fight.

Ruiz dropped Joshua four times before the contest as waved off in the seventh round. 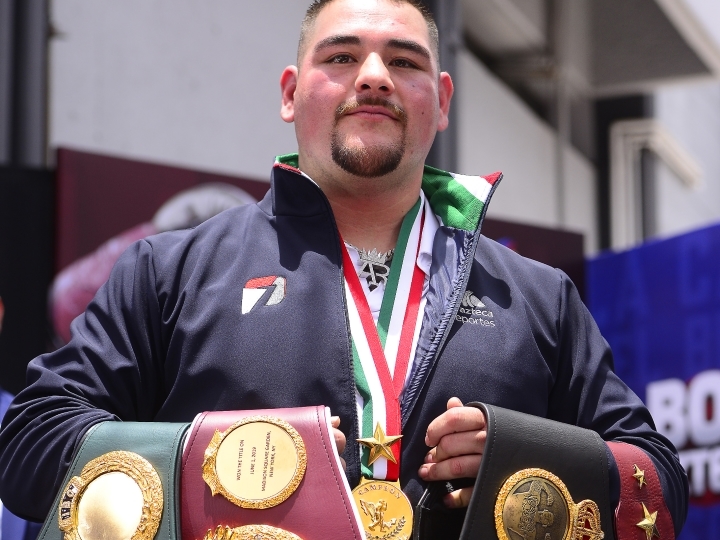 But this time around, Ruiz says he's working in a full training camp -- and he's going to be the one to decide where the fight takes place.

Ruiz says he'd like to throw down in Mexico -- where he recently met with President Lopez -- or go back to Madison Square Garden in NY. He is also open to staging the fight in Las Vegas or at the Staples Center in Los Angeles, California.

"I want to the rematch to be in Mexico or New York City again, Las Vegas or here at the Staples Center," Ruiz said.

There's one place he won't go ... Joshua's backyard of the UK - and he doesn't care if the British superstar will be pushing for the fight..

"It doesn't matter [if Joshua doesn't agree] because I'm the champion, I call the shots. We're the A-Side now," Ruiz said.

As for whether he's spoken with Joshua since the shocking defeat, Ruiz states - "I haven't talked to him, but I'm pretty sure he's training hard for the rematch. And so am I."