Saunders won his Middleweight strap against Andy Lee back in December 2015, winning a majority decision and scoring two knockdowns in the process.

Lee then took some time off before returning to the ring this year and recently told iFL TV he’s aiming for another bout against Billy Joe. 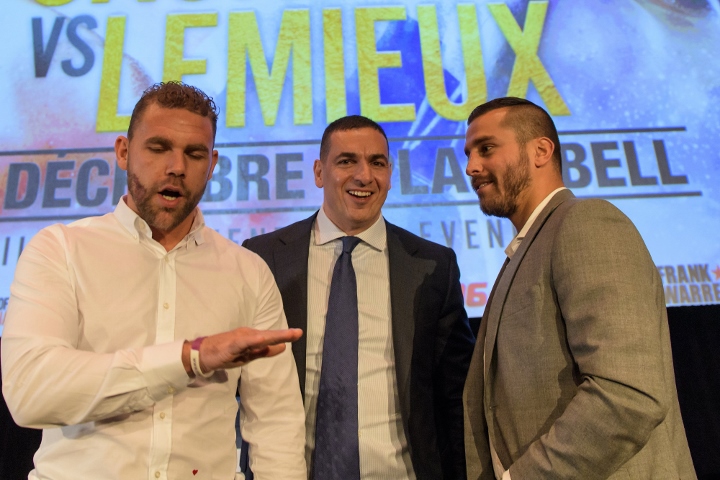 “I would love a rematch with Billy Joe Saunders. We're good friends, nothing personal against him. He pipped me on the night. Two knockdowns swayed it in his favour. Close fight,” he reflected.

The Irishman knows any potential bout would have to wait until the outcome of Saunders v Lemieux.

“I'd love to fight the winner. It's a tough fight for Saunders. He has the tools to win it, I think he will win it. But going away from home is a different thing, he hasn't experienced that before.

“I know he'll be very focused. He's a very hungry fighter. He's a competitor, he never wants to give an inch. He's going to have to be on his game in Canada to get the decision.”

Lee also laid out the game plan for the now Sheffield-based fighter: “Billy Joe boxing and moving smart…Lemieux trying to bull in and be heavy-handed.

“Straight punches, be smart, don't hold your feet too long. Be slick, be moving and Billy Joe will win. You don't want to take any chances, especially away from home,” he warned.

Was stoked when Lee won the belt was able to make a defense albeit a draw before dropping it to Saunders. I don't see him coming back with the same fire he once had and should call it a day.

another reason why Saunders should do the world a favor.... he is the 2nd best trash-talker in the game behind King Fury :lol1:

[QUOTE=DRUSS;18179888]Andy Lee is a great boxing analyst...alas, I hope he is wrong here. Lemmy is just better for boxing than BJ.[/QUOTE] He is wrong here. Noticed he said they're close friends; of course you're going to root for your friend.…

Andy Lee is a great boxing analyst...alas, I hope he is wrong here. Lemmy is just better for boxing than BJ.