There wasn’t much flow or rhythm to the fight due to the high volume of holding by both fighters. Referee Kenny Bayless earned his paycheck as he constantly had to break up the clinched.

Tabiti’s speed advantage was evident as he was able to dodge most of the incoming fire from the much slower Kayode and landed the more telling blows throughout the first 5 rounds of the fight. 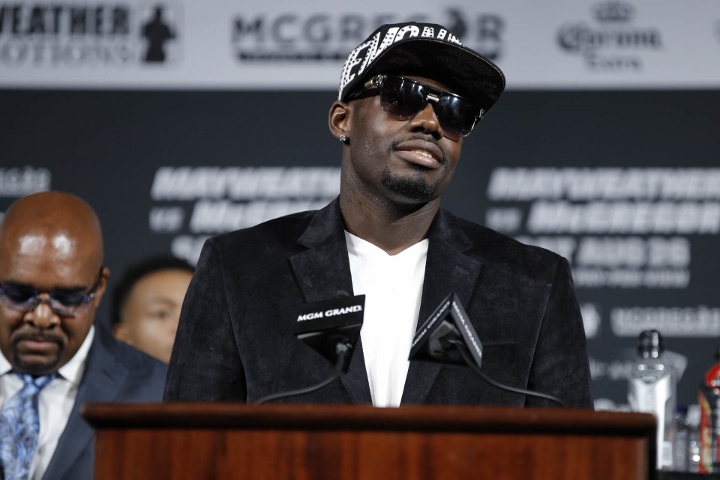 A body shot followed by a short right uppercut in the sixth round sent Kayode to the canvas. He rose to a knee but didn’t appear interested in continuing as he was counted out. The official time of the stoppage was 2:05.

Mayweather Promotions’ Cameron Krael 13-13-3) opened up the telecast with a close split decision loss to Erick Bone (19-5) in a fight that could have went either way. Bone, who has been in the ring with the likes of Shawn Porter and Chris Algieri, started out strong before Krael came on.

The Mayweather Promotions’ fighter had more success in he third and fourth rounds as he let his hands go more and his advantage in power over Bone became more evident. Krael was badly rocked and almost out on his feet in the sixth before he was saved by the bell as Bone unloaded on him. Both men were spent to start the seventh but a rejuvenated Krael came on to hurt Bone to end the round.

Both fighters had their moments the rest of the way as the fight was tough to score as neither fighter displayed much in the way of defense. As is typical with Krael fights, there was terrific two-way action throughout most of the bout. The final tallies were 95-94 for Krael and 95-94 and 95-94 for Bone.

Ladarius “Memphis” Miller improved his record to 16-1 after defeating Jose Marrufo (10-7-2) via unanimous decision in their super lightweight bout. Miller dropped Marrufo twice and Marrufo rose to his feet from the second knockdown in the 4th with an injured right ankle that left him limping.

The playing field was somewhat evened when Miller grimaced after landing a left hand later in the round. Miller was sharper as the rounds wore on and he began to use his left hand more. He appeared to hurt his hand again late in the eighth round but their only were a few seconds left. The final scores were 78-72, 77-74, and 79-71.

Maurice Lee (8-1) returned to the ring from an eighteen month absence with a 5th round knockout of Joel Guevara (3-4-1). The time fo the stoppage was 2:04.

Super middleweight veteran Lanell Bellows (17-2-2) battled Naim Ternunja (10-2-1) to a draw in a fight marred with head butts. Bellow spent the majority of the fight with a bloody face as their were several head butts throughout the contest. The last head butt sent Bellows to the canvas in he eighth round and the fight was stopped after the ringside doctor’s evaluation. The final scores were 77-75 in favor of Ternunja that was overruled by the scores of 76-76 twice.

He on a good way now!