An interesting battle between undefeated cruiserweight prospects takes place Friday night at Sam's Town Hotel & Gambling Hall in Las Vegas, Nev.  Andrew Tabiti (12-0) faces Keith Tapia (17-0) in the 10 round main event while Michael Hunter (11-0) faces Isiah Thomas (15-0) in the co-featured bout that is also scheduled for 10 rounds. Both fights will be televised on ShoBox as part of a quadruple-header.

The hard hitting Tabiti is excited to have this opportunity and show the world that he has the skills to compete at the top level.

"I thought it was a good step up. A good opportunity to start to face the best in the division and in a main event also," said Tabiti. 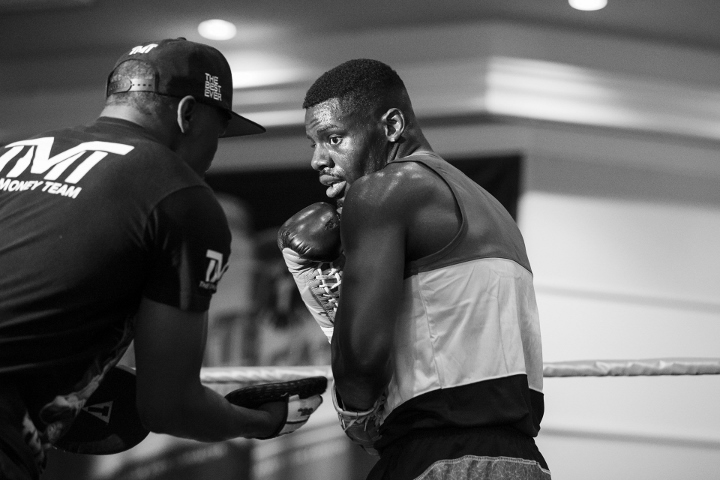 The-26-year-old who is promoted by Mayweather Promotions only has 12 fights as a professional but his promoter Floyd Mayweather Jr. has been beating the drum for him for over a year now saying that Tabiti is ready for the top fighters in the cruiserweight division.

Tabiti is very appreciative of those statements and plans on backing up those words in the near future.

"I am real appreciative that the best fighter in the world today believes in me. That helps me with my confidence that he has confidence so it is pretty cool," Tabiti stated.

As for his opponent, Tabiti has a lot of respect for the undefeated Puerto Rican. In the grand scheme of things Tabiti sees Tapia as the next opponent in his way as he makes the move from prospect to contender status.

"I think he's a decent fighter. I don't think he's better than me. He is a solid fighter and a good fight for me to get to the next level."

Tabiti hopes to win impressively and take another step up after May 13th. He hopes his next fight will be for a world title against another Las Vegas resident.

"I would like to fight maybe Shumenov. That would be a good fight. Beibut Shumenov would be a good step up after Tapia," said Tabiti in reference to the WBA interim cruiserweight champion.

Shumenov faces an opponent to be announced soon on May 21st at The Cosmopolitan in Las Vegas.

tapia trains at my gym hes a good man i hope he beats this guy !

He better just focus on the unbeaten Tapia, the guy in front of him, instead of looking ahead.