Andre Ward Feels Wilder Should Not Do Trilogy, Explains Why

Wilder was dropped in the third and fifth, before his corner threw in the towel in the seventh.

Back in December 2018, Wilder and Fury fought to a controversial twelve round split draw at Staples Center in Los Angeles. 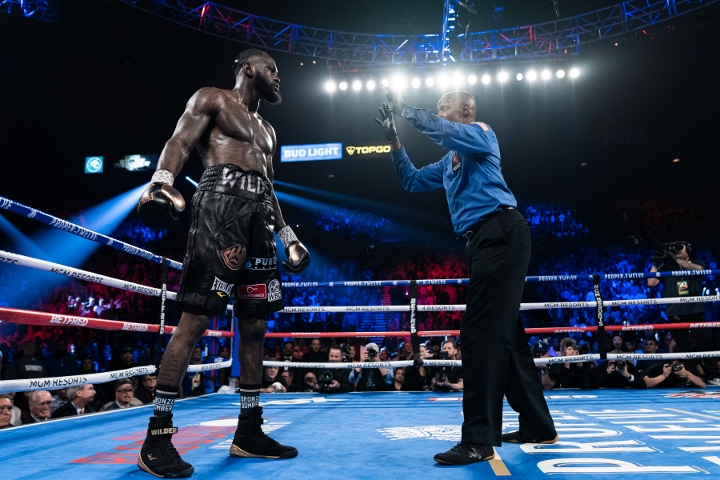 Wilder now has 30 days to exercise a rematch clause, with a third fight likely to take place in the summer.

Ward would not advise Wilder to head directly to a third meeting - but everything indicates that Wilder is more than likely going to exercise his right to an immediate trilogy fight.

“These types of things can happen to anybody, but they happen often times to guys who exclusively depend on one thing and we know what that is for Deontay Wilder and that’s power. He’s building his whole reputation, his whole foundation, on fear," Ward stated, according to Metro.

"When you have that kind of reputation and when you have all these knockouts, sometimes your team can become enamoured with you. Instead of challenging you and saying, ‘Son, you may fire me, but I’m going to point out every flaw you have because one day we’re going to face a guy who’s not going to follow the script’.

“Tyson Fury did not follow the script. And often times for a puncher the fall is abrupt, and we saw that. I don’t believe that Deontay Wilder is going to exercise that rematch clause in the next 30 days. His pride will tell him to, but I don’t think he will and I don’t think he should. He’s shattered psychologically. Now that doesn’t mean he won’t ever win a boxing match ever again. But I know the psychology of a guy with that kind of reputation.

“When it’s taken from you. He could have justified getting hit with a big shot and say he was caught cold, but you got beat up, you got out-classed and you got stopped on your feet. Your team, the ones who are your biggest cheerleaders, the ones who are calling out all the good in you, thought enough of you to throw in the towel. And not just any team member, but one who had a career in the sport of boxing, has been knocked out before. He knew what Wilder was going through and he saved him from getting knocked out cold.”

Here's the thing. Wilder is 34. He just lost his belt after 10 defenses. He has a rematch clause. He is certainly at rock bottom rn and everyone is slagging him saying he couldn't be more wrong/deluded, but you know…

[QUOTE=JakeTheBoxer;20418948]Remember the days Mike Tyson lost twice in raw against Holyfield? It took him 5 years to get another huge fight ( Lennox). Wilder doesn`t have much time, he is nearly 35. If he doesn`t fight Fury again, he will…

[QUOTE=Boxing_1013;20430298]Yeah as you said...too many are writing Wilder off right now...that right hand is still a very dangerous punch and it will probably land against a few other top HWs[/QUOTE] And land it will. Not everyone can eat that shot…

[QUOTE=kiaba360;20430259]I don't mind Whyte's shxt-talking as it is a consistent part of his on-screen persona. He was trash-talking before the fight, surely he'd be the last person you'd expect to stay quiet after how bad Wilder looked....or should I say,…

[QUOTE=CubanGuyNYC;20430291]Almost completely with you, only I favor AJ slightly. But I will say that it wouldn’t surprise me one bit if Joshua gets put to sleep. I’d like to see Deontay take on one or two fights before the trilogy.…