After the fight Ward spoke to the media about a variety of topics.  One of the topics was the September 28th showdown pitting IBF welterweight champion Errol Spence against the WBC champion Shawn Porter in Los Angeles. 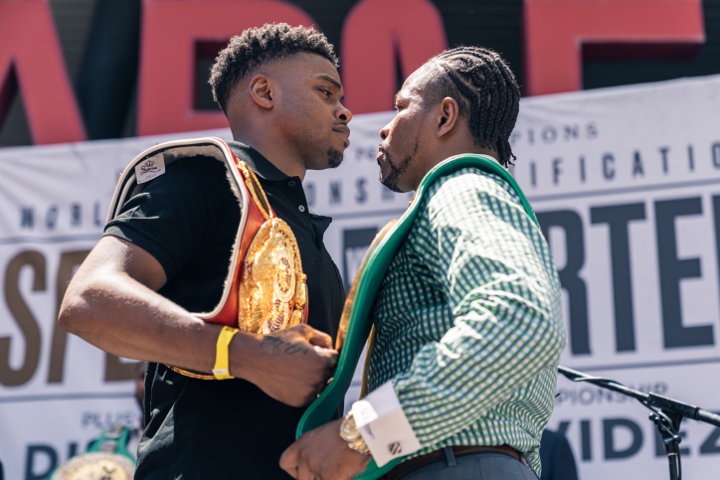 In the co-feature bout, WBC super middleweight champion Anthony Dirrell takes on unbeaten former champion David Benavidez.  The pay-per-view cards is rounded out with Mario Barrios going up against Batyr Akhmedov and Josesito Lopez colliding with John Molina Jr. in a welterweight battle.

[QUOTE=JcLazyX210;20066870]I am picking Spence to win. I am not even a porter fan. I am just sharing real facts that seemed to have struck a nerve with you. You ok bro? Porter is not that trash that it would seem…

[QUOTE=BaDaBingVIP2;20066658]PPV? didnt know about the dirrell vs benavides co main event, thats a pretty good co main. i will fork over the shekels and invite the homie and have some cold ones. :beerchug::beerchug:[/QUOTE] Let me guess you mad

[QUOTE=NachoMan;20066576]Hmm, two pages of comments and not a single one yet calling Ward a boring, protected cheater.[/QUOTE] They still mad he beat kov

[QUOTE=JcLazyX210;20066554]It kinda depends which style porter chooses to start off with and finish with. Kell brook and Peterson was damaged goods when they fought Spence. Algeri is trash and Garcia is a light weight.[/QUOTE] You still mad uk boxing is…