Amir Khan has reviewed a lot of footage, as one of his biggest career opportunities approaches.

The Bolton boxer is a massive underdog, with almost nobody picking him to upset Crawford, who is widely regarded as one of the best, if not the best, pound-for-pound fighters in boxing. 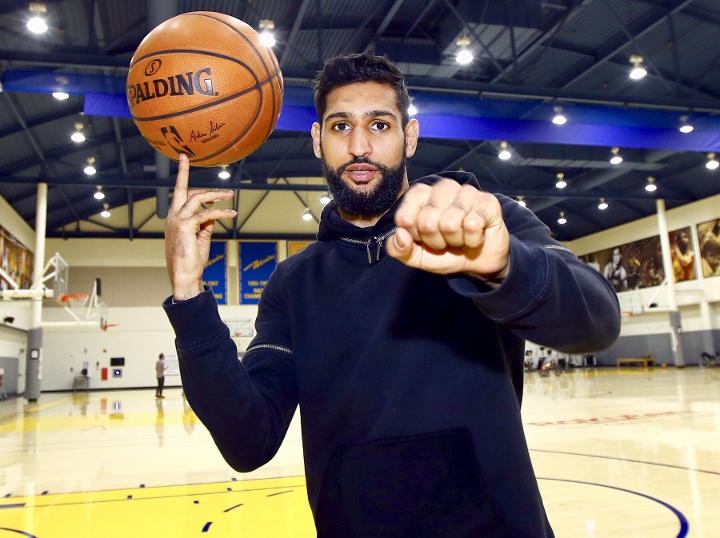 Khan will snapped a two year layoff in 2018, with victory over Phil Lo Greco and Samuel Vargas.

Khan had taken two years off following a brutal sixth round knockout at the hands of Saul "Canelo" Alvarez - which took place at a catch-weight of 155-pounds.

He believes Crawford's style of fighting is exploitable, and he saw several weaknesses while reviewing video footage.

“It feels different being the underdog,” Khan said to scribe Declan Taylor. “It’s very different because it’s only the second fight in my whole career that I’m going into as the underdog. The one against Canelo and now this one. It makes me want to prove a point, come out strongly and win this fight even harder.

“Whatever Crawford brings to the table I’m going to have an answer for. This is a more realistic fight that I could win because obviously I’m not up against someone who is bigger than me, that is stronger than me. I’m fighting someone in more fair of a fight [than Canelo].

“I just think that people are thinking that I’ve got no chance but I’ve been watching videos of Crawford and he’s very beatable, especially with a style like mine. Look, I have spotted weaknesses. He’s a very good fighter – he picks his shots really well but there’s ways of beating that and I just feel that I know exactly what to do. I’ve fought many styles in my career, in sparring and especially at the high level and amateur fights. That sort of style does suit me and sometimes he likes to come forward which will definitely suit me. If he comes forward looking for it, that will make it even better. I think it’s a great style for me and I believe I will win this fight.”

[QUOTE=KEY LOW;19662485]What straight dude notices another dude's smile? I don't even think I look at a guy's mouth when I'm talking to him. I can't tell if they're smiling or not.[/QUOTE] Sometimes, a smile is needed to even know someone…

[QUOTE=thack;19660989]Lol ....But don't speak too soon. He went quiet after he was knocked unconscious by Canelo but then thought being sparked so emphatically earned him a shot at Manny. This kids just a complete prick...period![/QUOTE] LMAO!! This is so true.

[QUOTE=KEY LOW;19662478]Here we go again with the smiling articles. Who the hell is writing these?[/QUOTE] Don't know who he is but the author is surely [I]smiling[/I] at your post right now.