Ruiz drew first blood back in June, when he dropped Joshua four times for a seventh round stoppage at Madison Square Garden in New York City.

This coming Saturday, Joshua will attempt to reclaim the IBF, IBO, WBA, WBO belts when he faces Ruiz in Saudi Arabia. 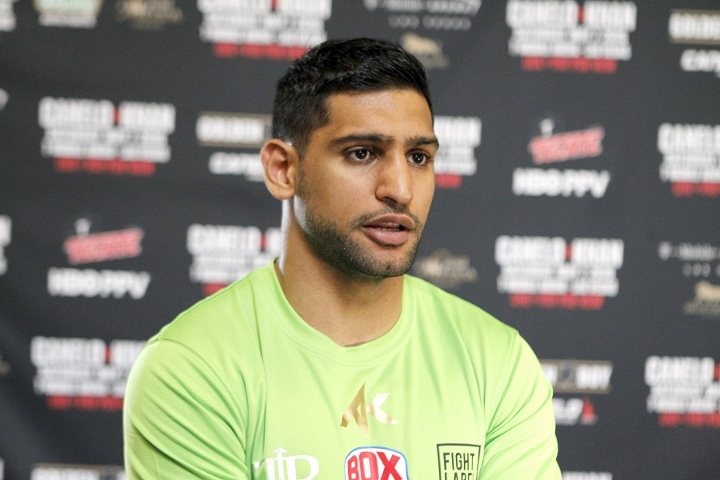 Joshua and Khan had a rift on social media a back in 2017, when the Bolton boxer accused his wife of having an affair with Joshua. The allegations were denied by all parties and Khan eventually apologized to Joshua.

Khan believes Joshua will win the fight, by knockout, if he stays away from making the contest a brawl and instead uses his boxing skills to win the fight.

"He can't really go in there throwing all the big shots and I think by him coming down in size, it's definitely going to make him box a little bit more. I know exactly what it's like when you have a lot of muscle, you want to stand there and trade but I don't think that's his style. His style is boxing - being smart," Khan told Sky Sports.

"I think AJ will stop him - maybe between rounds five and seven if he sticks to his game plan. I'm sure he's going to be ready for this."

[QUOTE=The D3vil;20239457]Losing to every quality guy in the best era ever means that you'd be a champ in lesser eras. And nobody's arguing Wilder's accurate, just that the power that he generates with his right hand is more than anybody…

[QUOTE=The D3vil;20239439]Eh, can't we give the guy a break considering he fought guys like Ali & Foreman in the best era ever for heavyweights? Ron Lyle would hold a belt today. And we don't really have to factor in who…

[QUOTE=Curtis Harper;20232287]No doubt he'd be in the hunt for a crown. The thing with power is you have to factor in who is being hit and those guys punch resistance. Seems like Lyle lost to all of his quality opponents.…