Amir Khan sounded like a fighter uncertain if he’d ever enter the ring again in a story published Thursday by London’s Daily Mirror.

England’s Khan clarified his future in boxing Friday during an Instagram Live interview with Eddie Hearn. The former IBF/WBA 140-pound champion told his promoter that he intends to box “a couple” more times.

“I’m not done yet,” Khan said. “No, no. I still have a couple of fights left in me. I’ve been in the game a very long time. I’ve had almost 40 fights. I’ve had 39 fights. I’ve had a brilliant career and I love the sport to bits. But I think there’s gonna come a day where I wanna do other things as well, because it’s hard for me to do my charity work and do all my appearance stuff and travel the world.” 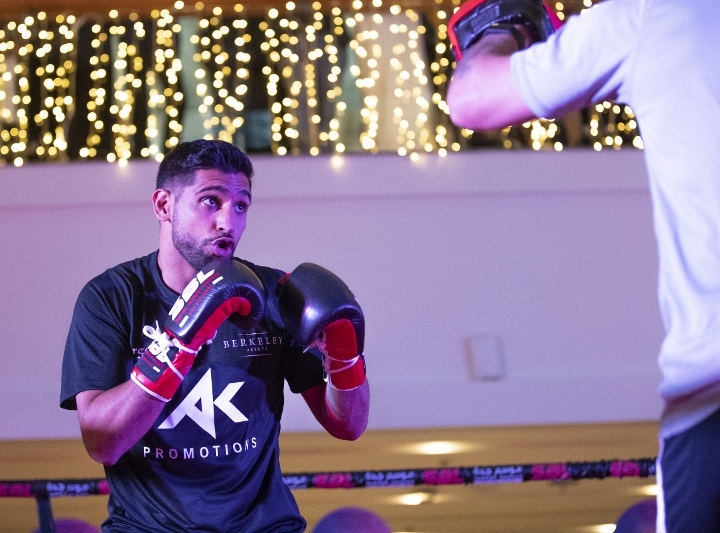 The 33-year-old Khan has made a lot of money in boxing, but this grueling sport isn’t entirely out of his system just yet. Khan again mentioned “massive” welterweight fights against Manny Pacquiao and British rival Kell Brook as possibilities.

Khan didn’t have a fight scheduled when the COVID-19 pandemic brought the boxing business to a halt in mid-March.

Dib, a former IBF featherweight champion, had never boxed above the lightweight limit when he agreed to face Khan in a 12-round welterweight fight. Khan dropped Dib once apiece in the second and fourth rounds before their bout was stopped.

Khan lost to WBO welterweight champ Terence Crawford by sixth-round TKO in his previous fight, April 20 at Madison Square Garden in New York. Crawford (36-0, 27 KOs), a three-division champion from Omaha, Nebraska, knocked down Khan in the first round and stopped him in the sixth, when Khan declined to continue after Crawford landed what was ruled an accidental low blow.

Yawwwwnnn about the Manny pac fight.... God we heard this is 2014 and it was boring then. Glad he's talking about Brook though because that needs to happen. Get a fkkin catch weight sorted for that fight as there is…

Whoever wrote this article is way too kind. He said Amir Khan "declined to continue" vs. Bud Crawford. Why can't you say what it is, man? Amir Khan QUIT, like a DOG. Standing in the corner, fully alert, physically able…

A mere Con shouldn't be allowed to box again because he will end up badly hurt. The performance against Crawford was terrible and the way he gave up 😭 looking for a disqualification win for the NOT so low blow.…

Fight Brook or shut the f--k up And retire. And for the record you've had a decent career not a "brilliant" one.