Ali ‘Rush Hour’ Funeka, one of South Africa’s most exciting fighters in recent years who has held two versions of a world title, decided on Wednesday that after a long and successful career, it was time to retire.

Born Ali Mziyanda in Tshabo in the Eastern Cape on March 4, 1978, he made his pro debut on in September 1995 at the Mdantsane Indoor Centre near East London with a four-round draw against Simphiwe Xabendini. 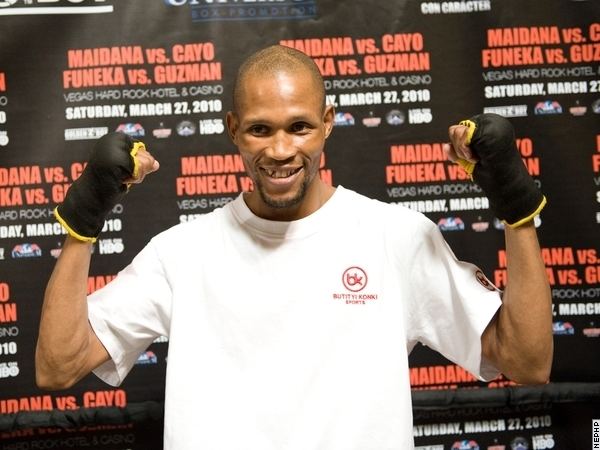 After the draw against Xabendini, he remained unbeaten in his next 15 fights, before losing to Mzonke Fana on points in a challenge for the South African junior-lightweight title.

Funeka then racked up an unbeaten 16-bout streak, which included winning the SA junior-lightweight and WBC International lightweight titles.

He lost to the highly-rated Nate Campbell on a majority decision in February 2009 in a clash for the vacant IBF lightweight, vacant WBA lightweight and vacant WBO lightweight titles.

At this stage, his career began to slow down, and after being stopped in six rounds by Jeff Horn, he only won one of his next six fights as he was a shadow of the former slick fighter.

At the age of 41, Funeka finished with a record of 40-11-3; 32 with seven of his losses coming in the last two-and-a-half years, when possibly he stayed in the sport too long.

We need to honor and remember this man for taking out Zahir Raheem.

[QUOTE=BOXING-SCRIBE;19746277]I will always remember Funeka getting robbed against "give a tit Guzman."[/QUOTE] He was a weight cheat.

[QUOTE=paulf;19745207]Blatantly robbed in [B]3 title world fights[/B], twice against a guy way overweight. Should have been [I]the[/I] lightweight champion. One of the hardest luck stories ever in boxing.[/QUOTE] Funny you should mention that as I had $335 on him to…

I will always remember Funeka getting robbed against "give a tit Guzman."

Blatantly robbed in [B]3 title world fights[/B], twice against a guy way overweight. Should have been [I]the[/I] lightweight champion. One of the hardest luck stories ever in boxing.