NEW YORK – One of Gennadiy Golovkin’s Kazakh prospects stopped an undefeated foe Saturday night right before Golovkin entered the ring to face his own unbeaten opponent at Madison Square Garden.

Esteves stopped their scheduled 10-rounder at 1:41 of the third round. 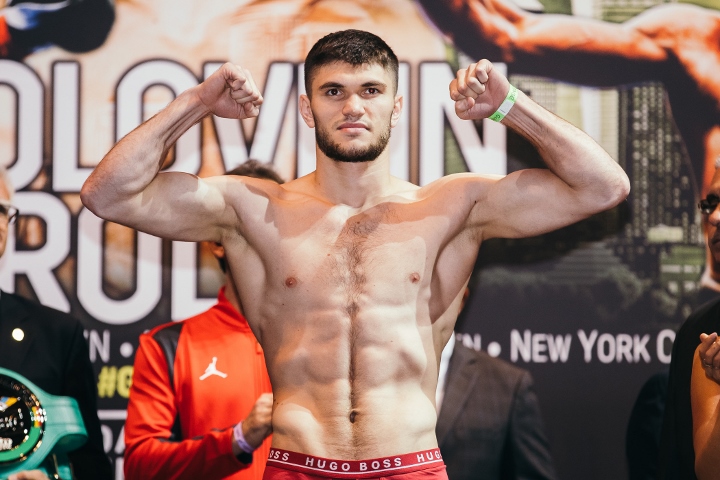 Akhmedov, who’s promoted by Golovkin’s company, upped his record to 15-0. He also recorded his 11th knockout.

Akhmedov caught McDaniel with a right hand that made McDaniel hold with just over two minutes to go in the third round. McDaniel moved away from him, but Akhmedov backed him against the ropes and threw numerous unanswered power punches.

McDaniel tried his best to slip and move. Eventually, Akhmedov hit him with a left hand to the side of his head that sent McDaniel to his gloves and knees. McDaniel made it to his feet, but Esteves didn’t let him continue.

McDaniel complained to Esteves more than once in the second round because he felt Akhmedov was holding him behind the head and hitting. McDaniel went to the canvas at the 1:15 mark of the first round, but it was the result of a slip after McDaniel missed a punch.

Didn't see anything to get excited about in Akhmedov. He looked reasoably good, but nothing special.