Alexander’s Coach: Berto May Need Plastic Surgery After This!

A crossroads bout between former champions Andre Berto (31-5) and Devon Alexander (27-4-1) was being floated around for June 16th on the Errol Spence-Carlos Ocampo Showtime televised undercard.

Alexander’s trainer Kevin Cunningham confirmed to BoxingScene.com that the fight will indeed go on but that a date for the fight hasn’t been locked in yet.

The South Florida based trainer is not only confident that Alexander will defeat Berto but believes that he will rearrange Berto’s face. 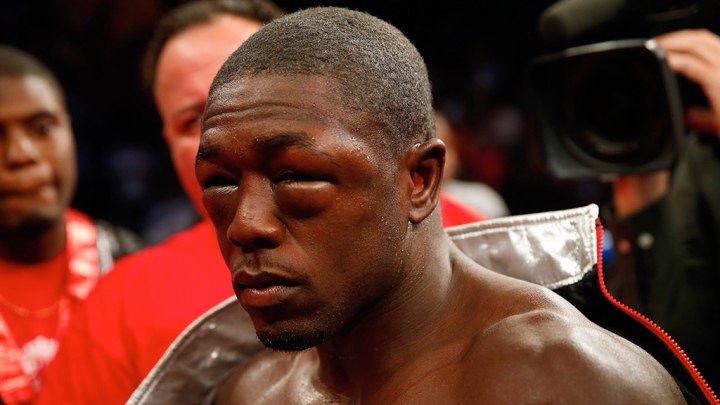 Berto has been training in Southern California and Cunningham believes that is the perfect location for him.

“We have agreed to fight Andre Berto but the date is not confirmed. Our plan is to throw Berto a retirement party and hopefully he’ll invite all of his Hollywood celebrity friends to attend. Devon’s preparing to put a beating on ol’ Bert. After this fight he might need a plastic surgeon. Oh sh*t I forgot, he’s in Hollywood he won’t have a problem getting a face lift,” Cunningham told BoxingScene.com.

Alexander last fought in February when he was given a draw against Victor Ortiz in a fight many observers felt Alexander deserved to get the win. The St. Louis based fighter returned to the ring after a two year hiatus last November when he scored a unanimous decision victory over Walter Castillo.

Berto has been out of the ring since April, 2017 when he was stopped by Shawn Porter in Brooklyn, New York.

Berto has gone 3-4 in his last seven outings. He lost back to back fights to Robert Guerrero and Jesus Soto Karrass, but then won fights against Steve Chambers and Josesito Lopez. He lost a twelve round decision to Floyd Mayweather in 2015, and then bounced back with a fourth round TKO over Victor Ortiz in their 2016 rematch.

Cunningham should know better in regard to talking bad about well-connected fighters prior to a fight. Alexander beat Victor Ortiz and still they didn't give it to him.

Andre Berto was pretty hyped back in the day. Maybe Eddie can sign him and make him a decent gate keeper in England maybe even throw him in there with Khan.