Alex Dilmaghani Reflects on The War With Francisco Fonseca

It was hard. It was tough. It was brutal. And at the end, both men ultimately walked away disappointed. Last Saturday night, Alex Dilmaghani and Francisco Fonseca had the crowd in attendance at London’s York Hall, and the viewers watching at home on Channel 5, utterly engrossed. 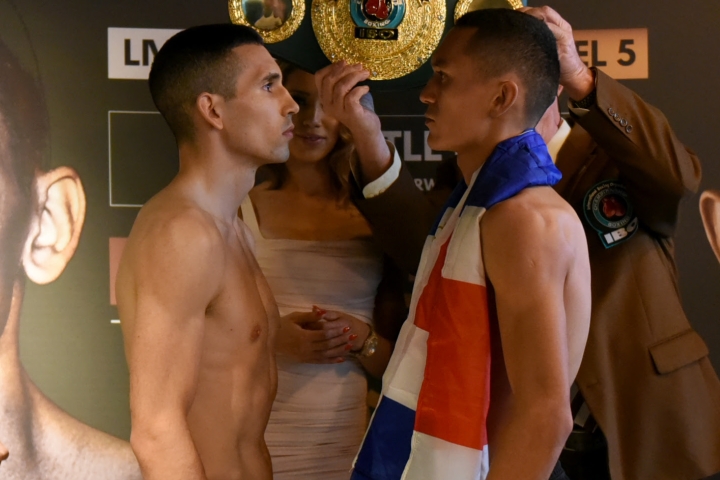 After twelve rounds, a majority draw meant the IBO super-featherweight world championship they were battling for, remained vacant. Both pugilists unquestionably earned respect for the way they performed despite walking away without the title. I spoke to Alex less than 48 hours after the fight to listen to his reflections of the bout. Here’s what he had to say:

"I was surprised that he would keep up with the work rate and things like that. Also, I wasn't expecting to get cut with the accidental clash of heads. I felt I did enough to win and I thought my work was cleaner, but the cut really did hinder me because I couldn't see out of my left eye. I showed a lot of determination, hunger and a great chin. I gave the fans a great fight, as did Fonseca because two fighters make a great fight, not just one. I'm gonna grow and grow and grow from this fight."

"The force (of the ninth round head clash) was that severe; he actually got dropped by it. I didn't, but I came off a lot worse. I had a bad cut over my eye and blood was trickling out. From that round I couldn't see out of my left eye. It was a bit blurry and blood was coming in. Now I'm all okay and I take the positives from it, unfortunately it wasn't the result I was wanting."

"I always knew that I had the will. I always knew that I had the heart, but you never (truly) know until you're tested. Everyone knows now. It's not an opinion anymore; it's a fact that I'm a world-class fighter, as well as Fonseca. We produced a world-class fight on terrestrial TV. Last week it was KSI and Logan Paul on Pay-per-view; there are a lot of fights that con the public. This was a legitimate great fight. Mick Hennessy should be applauded for bringing great fights to terrestrial TV. I'm going to continue to bring great, exciting fights to my audience. I've got four dates next year and I'm looking forward to showing everyone what a great fighter I am."

"I didn't feel great before the fight. There were some things that happened, but I showed I've got the warrior spirit. I showed that I've got all the necessities to be a great world champion. I showed that I belong at a world-class level. I can only grow from this."

"We're both at a world title level. Our roads could meet down the line - 100%. It doesn't have to be an immediate rematch. I think there will be a rematch though."