Duarte (15-1-1, 10 KOs) was the more-effective fighter during the first half of the fight, beating Estrella to the punch and bruising his face in the process. Duarte closed the distance between the two, but never cut the ring off as Estrella used ring generalship to keep his distance from Duarte.

Sensing he was down on the scorecards, Estrella increased his punch output. Estrella (29-3, 24 KOs) did land more punches, during the final three rounds.

Middleweight contender Tureano Johnson fought to a split-decision draw against veteran Fernando Castaneda. It was Johnson's first fight since his knockout loss to Sergiy Derevyanchenko in August of 2017.

Johnson (20-2-1, 14 KOs) was the more fluid fighter, but Castaneda closed the distance, connecting with several combinations.

Castaneda (26-13-1, 17 KOs) stunned Johnson momentarily in round four, and was the more-effective fighter during numerous exchanges during the second half of the fight, including the final round. Each fighter won 77-75 on a judge's scorecard, but the third judge scored the bout 76-76.

Hovhannisyan picked up a quick win back in October after suffering a ten round decision loss to WBC super bantamweight champion Rey Vargas in May of the same year.

Coming in, Sonsona was riding a one fight win streak after losing a ten round decision to highly regarded Jason Moloney. 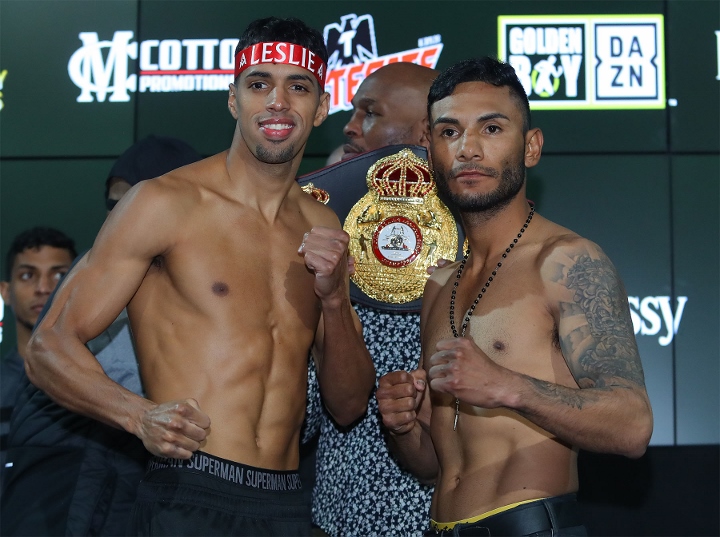 Francisco A. Salazar has written for Boxingscene.com since September of 2012 and has covered boxing in Southern California and abroad since 2000. Francisco also covers boxing for the Ventura County (California) Star newspaper. He can be reached by email at [email protected] or on Twitter at FSalazarBoxing.