The voluntary withdrawal of Saul "Canelo" Alvarez from the scheduled against Gennady "GGG" Golovkin has unleashed some inconveniences.

Apart from the millions of dollars that the city of Las Vegas, Nevada will stop accruing, the fighters who had been hired to be part of the event will now have to look for other alternatives. One of them is the Puerto Rican Alberto "el Explosivo" Machado.

Machado and his handlers had previosuly stated in past interviews that their next ring return was very likely for the Canelo-Golovkin undercard on May 5th at T-Mobile Arena. 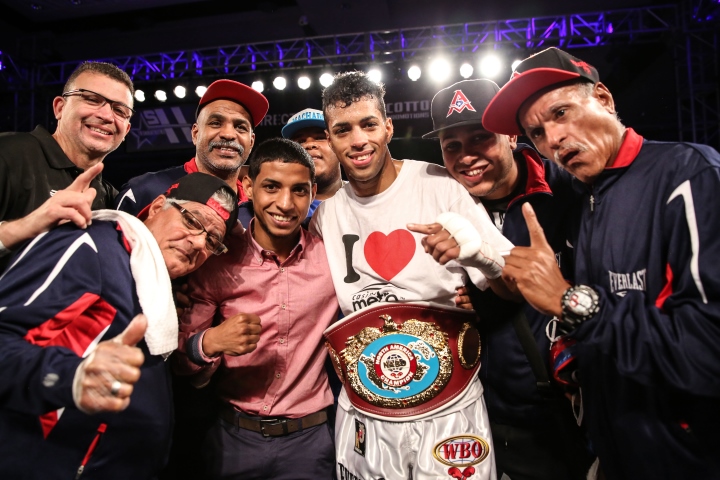 The super featherweight champion of the World Boxing Association (WBA) is waiting to know if there is an alternate date available to risk his belt against mandatory challenger Rafael Mensah.

"Officially the people of Golden Boy Promotions have not given us information. We assume they are solving the details. This situation lacerates the industry in all aspects when such a fight falls out. It affects us with Machado because he was scheduled for that event. We will see if there is a plan B or if we should create it," explained Bryan Pérez, an executive for Miguel Cotto Promotions, to Carlos Gonzalez.

One option they will consider is that the Machado-Mensah fight be included in the event where Saddam Ali will headline.

"Everything depends. One possibility is that he will fight on May 12 as part of Ali's defense against Liam Smith. You have to see how Golden Boy Promotions plans affect you. We are going to look for the best alternative for Machado," said Perez.

Machado-Mensah has yet to be signed because the representatives of both have not reached a economic agreement.

The WBA ordered that a purse bid be held where interested promoters must submit a minimum bid of $125,000. According to the regulations of the WBA, the champion (Machado) will receivce 75% while Mensah will get the remaining 25%. However, Don King, promoter of the challenger, is allegedly pushing for his protege to receive a larger slice.

"The WBA is not being fair with Machado who is their champion. But Machado is still training to fight against Mensah," Perez said.

[QUOTE=Mammoth;18656431]Put him on the GGG undercard[/QUOTE] he might actually step in to face ggg at this point

Put him on the GGG undercard

GBP are on the ropes