Alberto Machado Not 100% Sure of Using Rematch Clause

Last Saturday night, undefeated Alberto Machado was viewed as a massive favorite who was easily going to retain his WBA "regular" super featherweight title and move forward to much bigger bouts.

Instead, he was battered and knocked out in four rounds by heavy underdog Andrew Cancio at the Fantasy Spring Resort Casino in Indio, California.

Machado, who is very tall, intends to have a few medial exams to determine is a move in weight to the lightweight division is required. 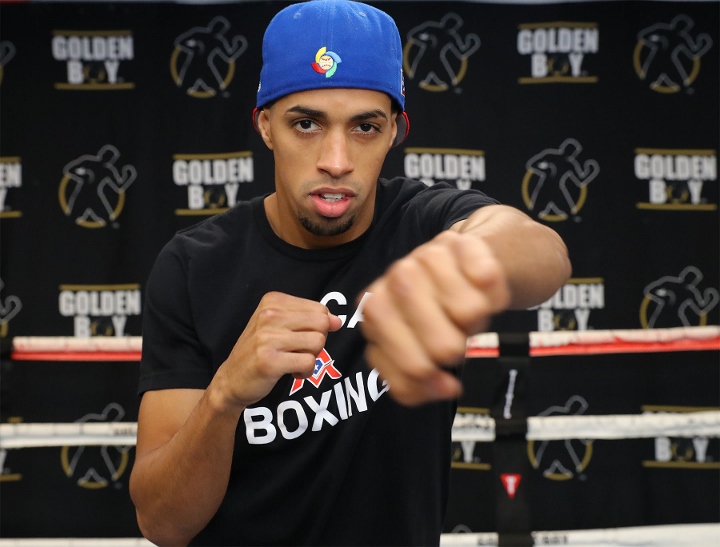 "This (the weight) I think could have been a factor or the short time I spent in Los Angeles this time. The time I spent was five weeks training there. I almost always do six to seven weeks. But nothing, we have a rematch clause and we will look at that, and see what decision the whole team takes," said Machado, who now has a 21-1 record, with 17 knockouts, to Sara Hernandez.

As he's done since June of 2017, when he began training with Freddie Roach at the Los Angeles-based Wild Card Boxing gym , Machado went to prepare from the end of December 2018 for what was his third title defense.

The boxer, who fell three times in the fourth round, acknowledged that on Saturday he didn't feel the strength that characterizes him.

"I do not want to make excuses. Cancio did his work that night. Everyone knew that I am much better fighter than what they saw," said Machado, who arrives today in Puerto Rico.

"I am well disciplined with my training, but this time I think I should (prepare) with a little more time. I think that is what I really needed in this fight."

Dude needs to put on 50 pounds not 5. Anorexic girl sized fighters are a joke.

Cancio had the hunger to be a champion that devoured Machado’s hunger to end the fight quickly cuz he was weak! He needs to move up cuz it sounds like he kills himself to make 130!

Cancio was motivated by the home support.

[QUOTE=Slyboots;19505291]I hate to make excuses for Machado or take away from Cancio's victory, but Albrerto Machado did not look like himself in there.[/QUOTE] I was ringside for the Corrales fight. This was not the same guy. There was something wrong…

I just finished watching it. It was an amazing fight. Cancio wouldn't be denied. Machado shouldn't be discouraged much tho. He can keep fighting after a long recuperation. Come back in summer. Good luck, champ!