Alameda: Ready To Show Nery Why I'm Undefeated And Will Stay That Way

When asked about the level of opposition that Aaron Alameda has faced to date, Luis Nery thought he had the perfect insult as a response. The former bantamweight titlist bluntly stated that he isn’t at all impressed with his countryman’s career run thus far, and that he will be facing someone on an entirely different level on Saturday night.

The viewpoint from the other side is, that’s kind of the whole point.

“You know, what—Luis Nery is right,” Alameda admitted to BoxingScene.com of the claim. “I haven’t yet fought top opposition. There always has to be a first.

“This is the first for me and this is my opportunity to show that I belong with the best.” 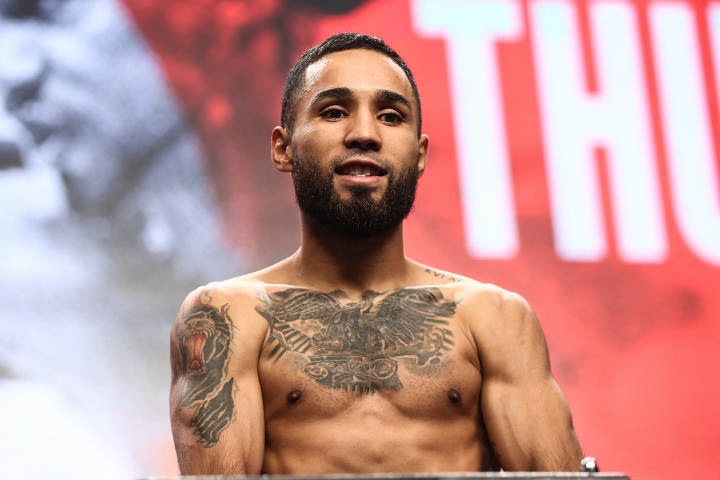 Alameda (25-0, 13KOs) was prepared to take on this challenge back in March, when the two were due to collide atop a Showtime-televised card from Las Vegas. The initial wave of the ongoing coronavirus pandemic shut down that event, and is also the cause for their rescheduled bout taking place behind closed doors. The two collide this Saturday at Mohegan Sun Casino in Uncasville, Connecticut, as part of a six-fight Showtime Pay-Per-View event and with a vacant junior featherweight title at stake in their contest.

It marks just the second career stateside appearance for Alameda, a 27-year old contender from Nogales, Mexico who now lives and trains in Long Beach, California. His lone other bout on this side of the border came more than four years ago, scoring a 6th round knockout of Andre Wilson on a January 2016 show in Los Angeles.

Nery has fought at the top level, though coming in with a sordid history. His 4th round knockout of unbeaten bantamweight titlist Shinsuke Yamanaka came under fire after he tested positive for a banned substance in their August 2017 clash. A repeat knockout win nearly seven months later actually ended Nery’s reign, after badly missing weight in their March 2018 rematch.

Since signing with Premier Boxing Champions (PBC), Nery has managed knockout wins over McJoe Arroyo and former bantamweight titlist Juan Carlos Payano, the latter whom faces former unified 122-pound titlist Daniel Roman on this very show. Also on the card is unbeaten secondary titlist Brandon Figueroa, whom Nery has remained fixated on fighting next—to the point of growing confidence in tearing through Alameda.

The perception is understood, if not serving as additional motivation.

“Nery can think whatever he wants to think,” insists Alameda, who hasn’t fought since last April. “He wants to talk about Brandon Figueroa or other fighters. But on Saturday night, he will have to worry about me.

“I respect Nery, he’s won a world title and has never lost in the ring. I am ready to show him why I am also undefeated in the ring and will stay that way after Saturday.”