With the victory, Montoya improves to 12-0, 10 knockouts.

Montoya was coming off the best of his career thus far, defeating fellow prospect Humberto Rubalcava by unanimous decision on Oct. 27 in Hollywood, California. The fight also marked his U.S. debut after fighting all his previous fights in Mexico. 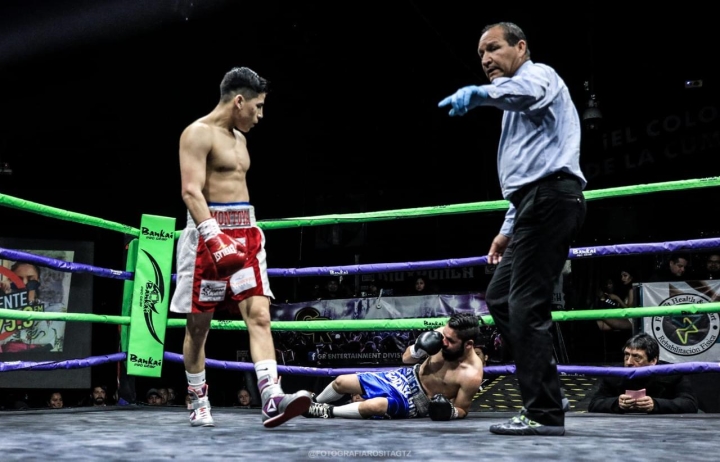 The 22-year-old was the more-effective and harder puncher of the two Saturday night, connecting with vicious combinations that included left hooks to the body of Torres.

Montoya focused his attack to the body during the second round and the tactic paid off as an accumulation of punches, followed by a left hook to the body dropped Torres to the canvas. Torres beat the count, but was dropped again by a left-right to the head, prompting an immediate stoppage.

Montoya has now stopped three of his last four opponents. He is originally from Puerto Penasco, Mexico, which is the same hometown of WBC junior bantamweight titleholder Juan Francisco Estrada, but has split his time living and training recently in the Los Angeles area and nearby Oxnard.

Word is Montoya will return to action on a fight card promoted by Tom Loeffler on Mar. 29 at The Avalon in Hollywood.