The heavyweight clash between Alexander Dimitrenko and Miljan Rovcanin on Friday (Dec 22) in Hamburg is a non-title fight.

On the undercard Swedish heavyweight Adrian Granat returns after the KO loss to Dimitrenko in March. 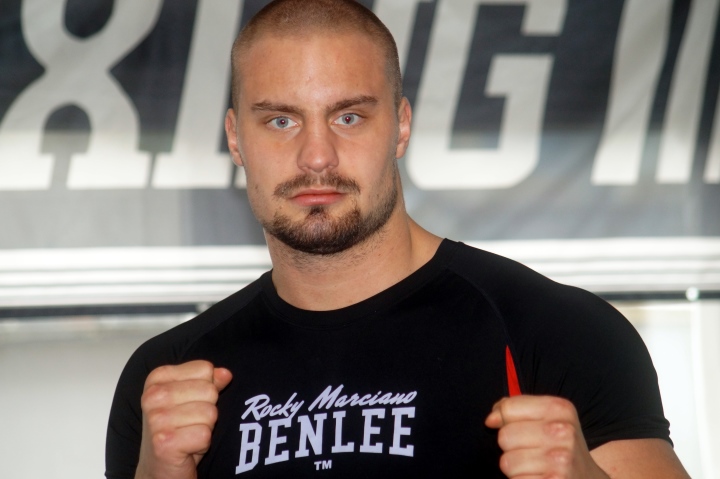 Adrian faces Georgian Irakli Gvenetazde and if all goes well his next fight will be against Otto Wallin with the vacant EU and Swedish titles at stake. Sauerland Event won purse bids to stage the fight with an offer for 80,315,00 Euro while EC bid 75,000. T

he EU title has been vacant for about a year now while the Swedish heavyweight title, well, it´s been vacant since the 1940´s.
...

Bastient leaves the game at 45-13-1 and was for a number of years among the best in France at middleweight. He challenged for the EBU title in 2008.
...

Steve Jamoye (23-4-1) and Hedi Slimane (27-4) squares off for the vacant BeNeLux super lightweight title on February 3 in Ingelmunster (Belgium) in an all Belgian matchup.
...

Danish heavy Pierre Madsen (10-0 in the pros and with 15 amateur fights) takes on Georgian southpaw Davit Gogishvili (20-8) January 5 in Copenhagen on the next Danish Fight Night that will also celebrate Hall of Fame promoter Mogens Palle´s 60 years in the business. The show is topped by a super middles Lolenga Mock vs Dmitri Chudinov and is off TV.