Adonis Stevenson's Promoter Fires Back at DeGuardia Over Smith

Yesterday it was reported by BoxingScene.com that a light heavyweight shootout between WBC titlist Adonis Stevenson and Joe Smith would not be taking place this spring.

The comments from Joe Deguardia (the head of STAR Boxing, which handles Smith) have irked Yvon Michel, who promotes Stevenson.

"I really like Joe Deguardia, he's a friend," Michel told BoxingScene.com on Thursday night. "He's trying to put the blame on Adonis Stevenson if we don't do the Joe Smith fight.' 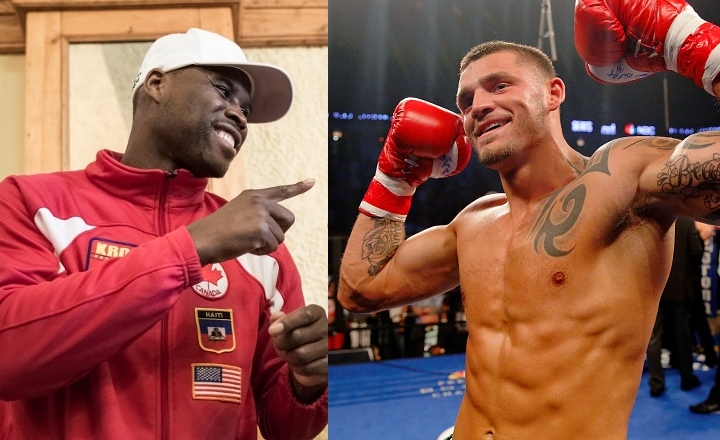 Michel said he was being diplomatic about why this match-up would not be happening on April 29th but after hearing Deguardia's comments in this article linked here - he stated:

"I see that he's blaming Adonis but I'll tell you why we aren't fighting Joe Smith. He's not fighting Joe Smith because Joe Deguardia believes Joe Smith is the A-side fighter. He wants to control the arena, he wants to control the ticket sales. He doesn't want to commit to options - like we have the champion, he has the contender. So we tried," Michel said.

"I spoke to him several times, tried to advance it but it's like he believes he's the A-side and that's the reason that fights not happening. Adonis Stevenson wanted to fight him, he was never scared. You think he's going to be scared of a guy like Joe Smith. That's ridiculous. Stevenson will fight him any time, anywhere. We just didn't do it because we were not able to find common ground where he could make a deal together and this is why it didn't happen."

Michel added - "I didn't want to throw him under the bus or to say anything negative. That's why I kept things very discreet about it and didn't say anything other than,'OK, we'll see, we'll figure out maybe another way down the road."

The head of GYM is well aware of the reputation that Stevenson has gained the past couple of years as someone who is more than willing to take the path of least resistance in defending his title. But he believes it's unwarranted in this instance.

"I know it's trendy to blame Adonis Stevenson when a fight doesn't happen but it's not the case. Joe Smith doesn't have any weight or the background that would scare anybody in that division who can fight a bit,"said Michel.