A big event is taking place on June 24th at Ergo Arena in Gdansk, Poland.

Adamek has been out of the ring since getting knocked out in ten rounds by Eric Molina last April in Krakow. Adamek actually retired following that loss and appeared to be done with his career, but by the end of 2016 he began discussing the idea of coming back. 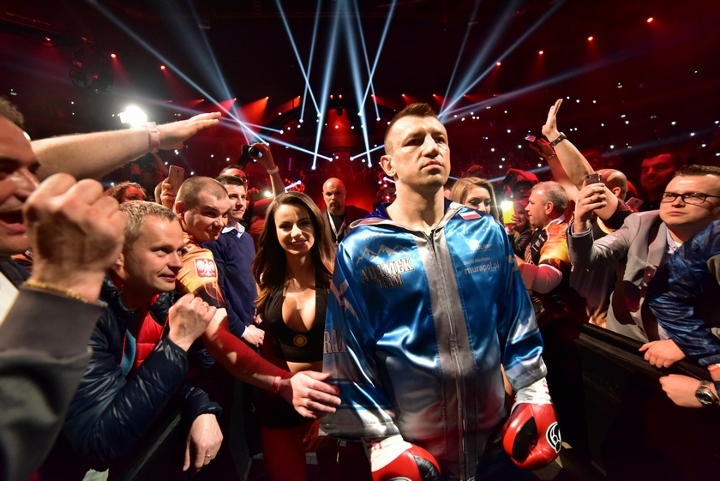 Haumono has been out of the ring since last July, when he was knocked out in four rounds by current WBO heavyweight champion Joseph Parker.

In the co-feature, former WBO cruiserweight champion Krzysztof Glowacki (26-1, 16 KO) will return in a ten round fight against Brian Howard (12-1, 9 KO).

For Glowacki, it will be his first fight since losing a twelve round decision, and his WBO title, to Oleksandr Usyk last September. He wants to work his way back to another world title opportunity very soon.

Howard has won two in row, including a knockout in the first round of undefeated Alex Guerrero, since suffering his first career defeat in 2012. After that loss, he took a few years off before returning in September 2015 for the Guerrero fight and has since racked in another win.

In a crossroads fight, a battle of cruiserweight with Mateusz Masternak (38-4, 26 KO) continuing his comeback against Ismail Sillakh (25-3, 19 KO). Both fighters are looking for a big win to continue a potential run to a title shot. Both boxers were highly touted amateurs and being pushed heavily in the pro ranks before each suffered his first career defeat.

Masternek must be p4p now right? since he beat bellew and bellew is now an ATG :dance:

Adamek has taken & given major head beatings. A strong candidate for future Parkinson or dementia problems. He really needs to hang-up the gloves.

Good solid card for Poland. Adamek, Sulecki and Glowacki all win. Masternak/Sillakh is a good fight, but I think Masternak pulls it out.

Goral, The Highlander, is back!! I'd like to see him against Wilder, that is if he has anything left in the tank.