Adam Lopez vs. Carlos Valcarcel on November 12 in Philadelphia

Philadelphia, PA - World ranked super bantamweight Adam Lopez will take on Carlos Valcarcel on Saturday, November 12th at the 2300 Arena in Philadelphia.  The broadcast is slated to begin at 9:30 PM ET.

The scheduled eight-round bout will be the featured bout of the inaugural broadcast on
ONE World Sports.

The card is promoted by GH3 Promotions & Victory Boxing Promotions. 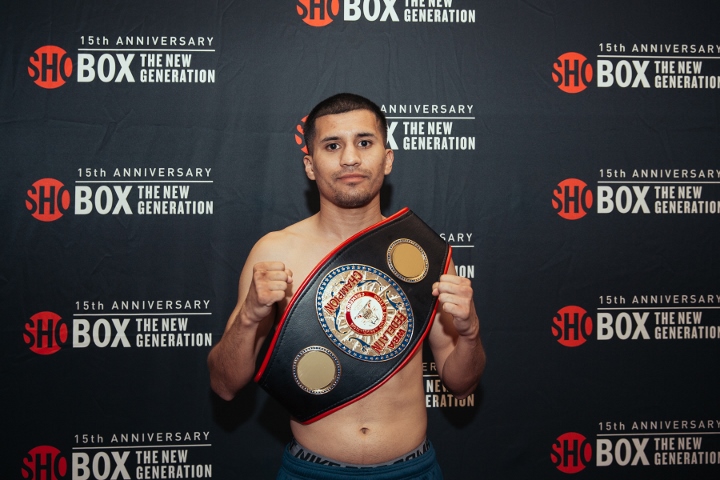 Lopez of San Antonio, Texas is ranked 4th by the WBA and has a record of 15-0-1 with seven knockouts.

In his last bout, Lopez fought to a ten-round split draw with Roman Reynoso (18-1-1) on July 22nd in Mashantucket, Connecticut.

Valcarcel is coming off a 6th round stoppage defeat to undefeated Erick DeLeon on June 25th in Dallas, Texas.

Seeing action in the eight round co-feature will be undefeated welterweight Ed Brown.

The 24 year-old native of Chicago has a record of 18-0 with 15 knockouts, and has established himself as one of the top welterweight prospects in boxing.

Brown is coming off a six-round unanimous decision over Gilbert Venegas on July 30th in Hammond, Indiana.

Odom of Washington, DC has a record of 14-2-1 with 13 knockouts, and is a four-year professional.  The 23 year-old Odom won his first twelve bouts, which included a thrilling come from behind stoppage over previously undefeated Vilier Quinonez (9-0) on July 25, 2014 in a nationally televised bout on ShoBox: The New Generation.

Odom avenged a controversial disqualification defeat by destroying previously undefeated Andrew Hernandez (8-0) in one round.   In his last bout, Odom stopped Julius Jackson (19-1)in three rounds.

Goyco of Philadelphia has a record of 8-9-1 with three knockouts.

Goyco has upset the apple-cart on several occasions.  He has wins over undefeated Dennis Morris (1-0), Jeremy Trussell (8-0) & Devin Butcher (5-0) plus upset victories over Frankie Filippone (14-2-1) and Dennis Hasson (16-1).  Goyco is coming off a eight-round unanimous decision defeat to Tony Hirsch on June 11th in Oakland, California.

Opening up the ONE World Sports television broadcast will be talented prospect Jaron Ennis of Philadelphia.

Ennis, 19 years old has a record of 6-0 with five knockouts.  In his last bout, he was taken the distance for the first time, but pounded out a four-round unanimous decision over Eddie Diaz on September 15th.