Abel Sanchez Says Kovalev is Stubborn, Was Difficult To Train

Abel Sanchez, who once worked with former champion Sergey Kovalev (30-2, 26 KOs), isn't all that surprised that he has seemingly tuned out trainer John David Jackson in his last few fights and many believe that a parting of ways between the two is inevitable after consecutive losses to Andre Ward (32-0, 16 KOs).

Last Saturday night at the Mandalay Bay in Las Vegas, Ward stopped Kovalev in the eight round of their rematch.

Sanchez explained to BoxingScene.com - "When Sergey and I worked together I understood a year-and-a-half into our relationship he was going to be a very stubborn guy. He's a guy that thought he knew what he needed to do for himself. It was going to be difficult for him to understand that when people look at him from the outside, experienced coaches, they're going to be able to tell him him what he needs to do. But he has a hard time understanding that there's people to help him." 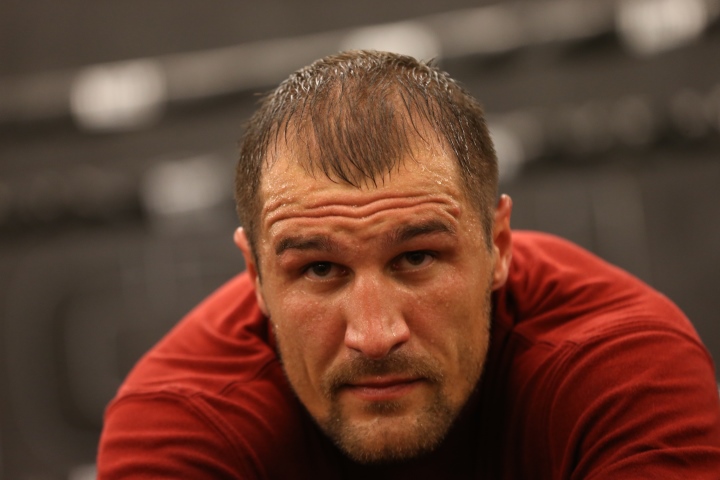 The trainer, who is best known for having worked with Terry Norris in the past and currently with middleweight champion Gennady Golovkin, jettisoned Kovalev from his camp for his lone wolf tendencies.

"That was one of the reasons why I asked him to leave because he wanted to do things in a different manner than I wanted,"he recalled."Other than that we got along, he's a very good fighter. He developed into the kind of fighter that I like in my gym but I'm not going to have an arrogant do-it-his-way type of fighter in the gym to spoil the rest of them."

Sanchez continued,"That''s his only downfall, if he had been in the kind of shape he needed to be in to last a fight against a great fighter like Andre Ward there's no doubt in my mind he would've won the fight. But you can't do it by yourself."

Kovalev headhunted too much again . He hurt ward in tenth round of first fight with a counter right hand to wards body. He didnt throw that counter in the whole second fight. Ward bends low, sometimes illegally so, and…

Sanchez has been saying this for years and nobody listened kovalev is a difficult person to work with and it shows, i wonder why anyone still believed in kova