Abel Sanchez: Been A Pleasure Working With Braekhus This Camp, She Is Really Special

The tireless work ethic of Cecilia Braekhus makes her a dream client for any head trainer.

When that same drive carries through for two straight training camps, you know you have something special on your hands.

The sport’s longest-reigning active champion in the sport was finally able to leave Big Bear, California over the weekend for her upcoming lineal welterweight championship title defense versus Jessica McCaskill. Braekhus has since made her way to Tulsa, Oklahoma, where she will face the reigning unified 140-pound titlist in what marks the first ever female bout to headline a DAZN-USA bout from stateside. 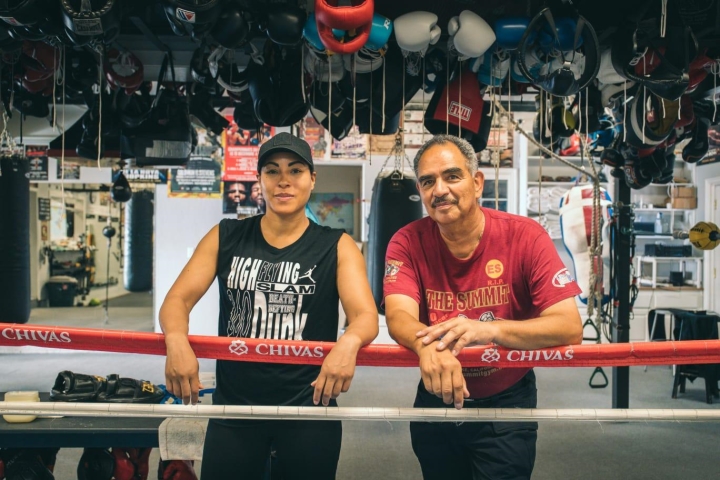 Having held at least one belt for more than 11 years, the expectation is to see an entirely different version once the opening bell sounds.

“It’s amazing, she has been her since January and hasn’t let up from the day she arrived,” Abel Sanchez, Braekhus’ head trainer told BoxingScene.com.

Braekhus (36-0, 9KOs) first arrived at Sanchez’s famed The Summit camp in Big Bear in January to begin training for what was then a scheduled April 17 fight date with Chicago’s McCaskill (9-2, 3KOs). The event was shut down due to the ongoing coronavirus pandemic, which unfortunately left the unbeaten welterweight queen from Bergen, Norway—by way of Cartagena, Colombia—with a travel dilemma.

“She didn’t want to go home. We had a fight scheduled for April and the lockdown canceled that,” notes Sanchez. “Her parents are in Norway and she didn’t want to get on a flight home. So she stayed and she’s been working the entire time.”

For once, it meant that the longest reigning champion in female boxing history was able to solely focus on the stuff that matters in the ring more so than having to build her brand.

“Being here in Big Bear for so long has given me new life in boxing,” Braekhus previously stated during a virtual press conference to promote the bout. “Before I’ve been in meetings, on phone calls, flying on planes. I can’t remember the last time I’ve been in this good shape.”

It didn’t take long to produce results, allowing her team to thoroughly cover every aspect of the game. No stone has been left unturned ahead of her attempted 26th defense of at least one welterweight title.

“In an odd way due to COVID, she’s actually been able to isolate herself and we get to work on so many other things that maybe without this lockdown we wouldn’t have,” notes Sanchez. “The progression has been a lot quicker because of that. It’s just her and me. You get to work one-on-one.

“It’s just been such a pleasure working with her this training camp. She is really special.”

Stay away from her dirty sanchez

Good to see him in news. Dont get to see his interviews much after split with GGG.