Abass Baraou vs. Abraham Juarez on January 25 in Hamburg

Baraou, one of Germany’s most exciting contenders, will be facing Mexican opposition for the second time in his career having outpointed former World Champion Carlos Molina over 12 rounds in February 2019 to win the WBC International Super Welterweight title in Koblenz. 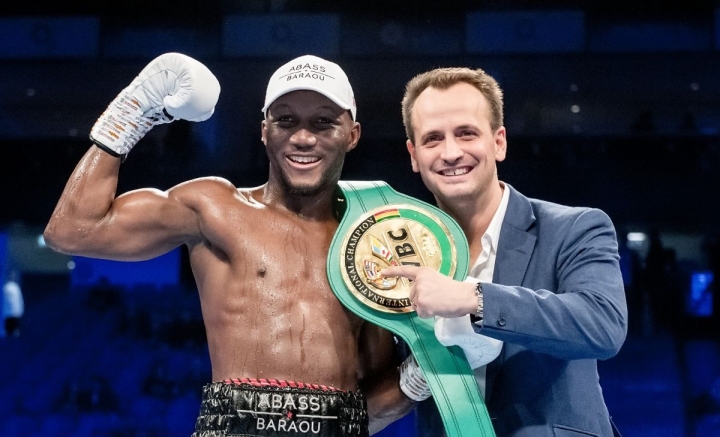 A successful 2019 saw Baraou claim four victories from four fights and the unbeaten 24-year-old is hoping to take his good form into 2020 as he works towards a World title.

“I am looking forward to this fight,” said Baraou. “I’m feeling good and I’ve been preparing myself properly as always. I am 100% focused on getting another victory.”

Mexico’s Juarez, nicknamed ‘Pitbull’ due to his tenacious come-forward style, believes he has the ingredients required to cause an upset.

“It’s no secret that Mexicans have the biggest heart and bravery,” said Juarez. “I’m not sure if Baraou can handle that. The last time he faced a Mexican, Carlos Molina, it was the toughest fight of his career. I am going to give him hell on January 25th and I will return home with the victory!”

Promoter Nisse Sauerland is looking forward to the exciting Baraou once again putting on a show for the spectators.

“Seeing Abass in the ring is a real pleasure,” said Sauerland. “He improves technically and tactically every fight and he’s rightly among the top 10 and top 15 in the world with two of the governing bodies.”

All the action from the Work Your Champ Arena will be broadcast live on SPORT1 in Germany.

[QUOTE='fredo [!];20321750']yall should pay attention to Abass Baraou, he is rly the only elite prospect coming out of Germany and he looks very promising[/QUOTE] Agreed. I’m really interested to see how he pans out. Rooting for him!

yall should pay attention to Abass Baraou, he is rly the only elite prospect coming out of Germany and he looks very promising